10 Reasons why Hollywood Hogan was superior to Hulk Hogan

The man born as Terry Bollea had no idea that one day he would become one of the greatest icons of professional wrestling.

Bollea was a shy, overweight child with more interest in music than sports. He grew up in Florida watching Lou Thesz, Johnny Valentine and Dusty Rhodes. Over time he did develop an interest in wrestling himself.

By the time he was an adult, the chubby shy child had morphed into the towering wall of muscle known as Sterling Golden. Initially, Bollea portrayed the vain, villainous Golden (and played a version of him in Rocky III as Thunderlips.)

Over time, Hogan gravitated toward facedom, first as Terry Boulder, then Terry “the Hulk” Bollea, then finally as Hulk Hogan. He went on a five year run as Champion in the WWE that will likely never be matched.

But then, inexplicably, Hogan returned to his bad guy roots, forming the NWO and re-christening himself as Hollywood Hogan. It was possibly the best career move he ever made, and here are ten reasons why Hollywood was superior to Hulk. 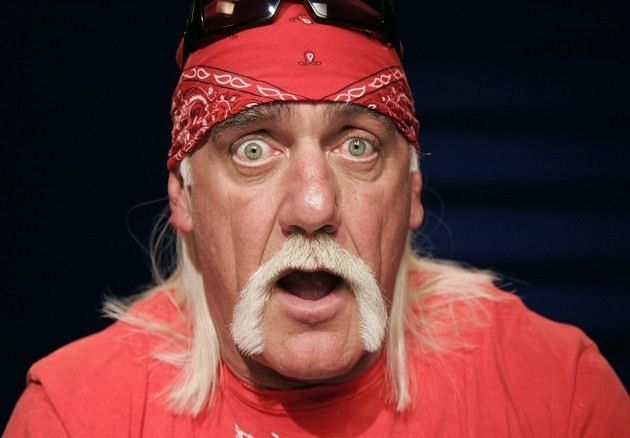 By the time 1996 rolled around, Hulk Hogan was a victim of his own success.

He had beaten all the bad guys, been champion multiple times for years at a time, and even made several movies which, while critically panned, were financially successful enough to keep getting him more acting roles.

Simply put, there seemed to be no way forward for Hulkamania. Fans were bored of the ‘superhero who beats everyone’ schtick. The 1990s paved the way for more ‘antihero’ types like Punisher, Wolverine, and their ilk. A good guy who told children to say their prayers and take their vitamins was just old hat, and it was time for a change.

#9 His heel turn made for compelling drama 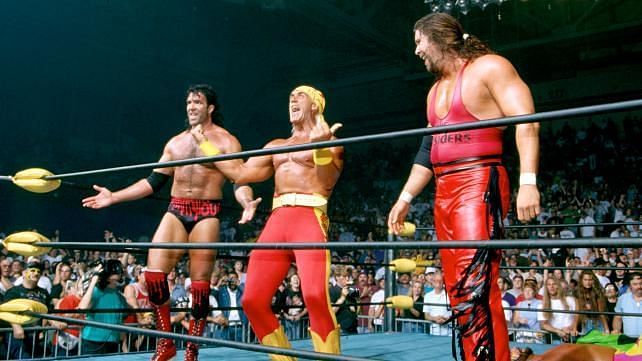 Hogan turns heel at Bash at the Beach 1996

When Kevin Nash and Scott Hall started trumpeting about their ‘third man,’ speculation ran wild in the wrestling fandom about who it might be.

The most likely candidate was Lex Luger, who was known for turning on allies. In fact, WCW management had originally intended a heel turn for Luger but were worried it would be too predictable and fall flat with fans.

Close to the last minute, Hogan suddenly threw his hat in the ring, deciding it was time to turn heel. His attack on former ally Macho Man and alignment with the NWO drew so much ire from fans they littered the ring with rubbish. Monday Nitro became can’t-miss TV, with everyone wanting to see just why and how Hogan had turned evil and how far he would sink to maintain his glory.

#8 Hogan wrestles better as a heel 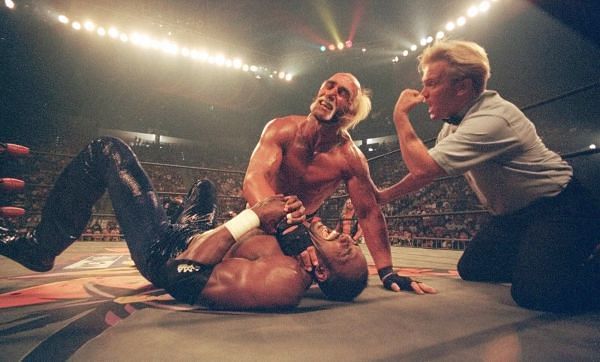 In spite of his awesome charisma and top-notch interview skills, Hogan’s in-ring work has never risen above the level of adequate.

Clothesline, body slam, big boot, leg drop, were pretty much the main offensive array he put up against opponents. This is in part due to his massive size, which limits what he can do in the ring without hurting himself or his opponent seriously.

But Hollywood Hogan could choke, gouge eyes, pull tights and cheat his way to victory, inciting the ire of the fans. Arenas would boo loudly when Hogan would take off his shirt and choke someone with it, a far cry from the largely lacklustre response they had been having to his leg drop finisher for several years.

Hogan wrestles better as a heel, he always has and always will.

#7 He represented greed and corporate interests. 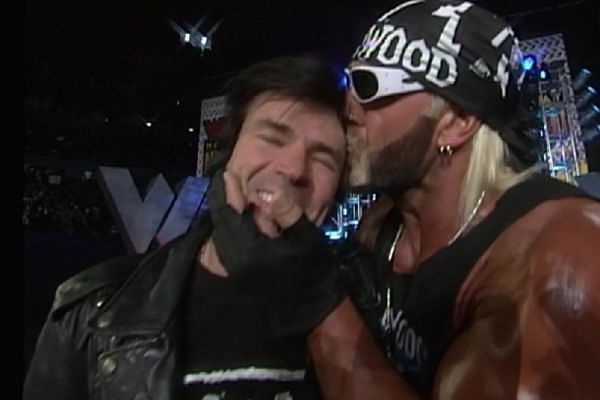 Hogan had a close relationship with Eric both on and off screen.

Hollywood Hogan was already evil, but he sank even lower by allying himself with evil CEO Eric Bischoff.

In the 1990s, average people began to grow distrustful of big corporations and their pampered CEOs. Those at the top spent all their time putting and not working, while their underlings slaved away.

Hollywood Hogan tapped into this resentment by becoming best friends with Eric Bischoff. Bischoff blatantly played favorites with the NWO, refusing to fine or suspend them even when they attacked wrestlers and officials. This perfectly encapsulated the political climate of the time in wrestling form, and gave fans a tangible target to rail against. 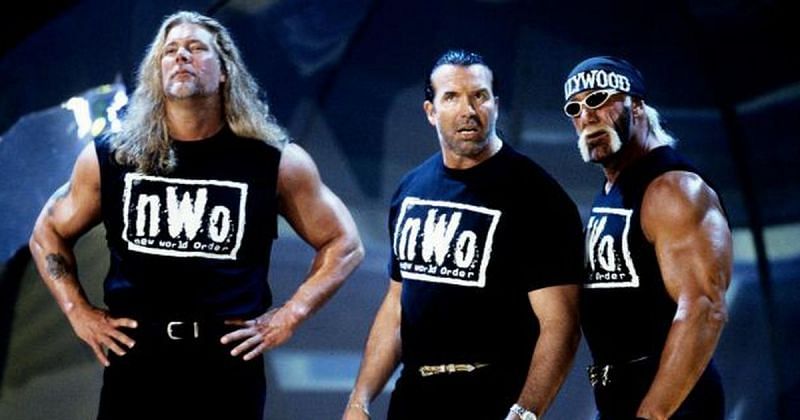 In the Marvel movies, the heroic god Thor gets upstaged by his evil brother Loki. In the DCU, Batman is constantly upstaged by scene-stealing Joker.

Wrestling is no exception, with villains being far more interesting characters than heroes. Hulk Hogan was largely booed when he faced another babyface, such as Sting, in his WCW days. But Hollywood Hogan compelled fans to tune in each and every week if for no other reason that to see him finally get what was coming to him. 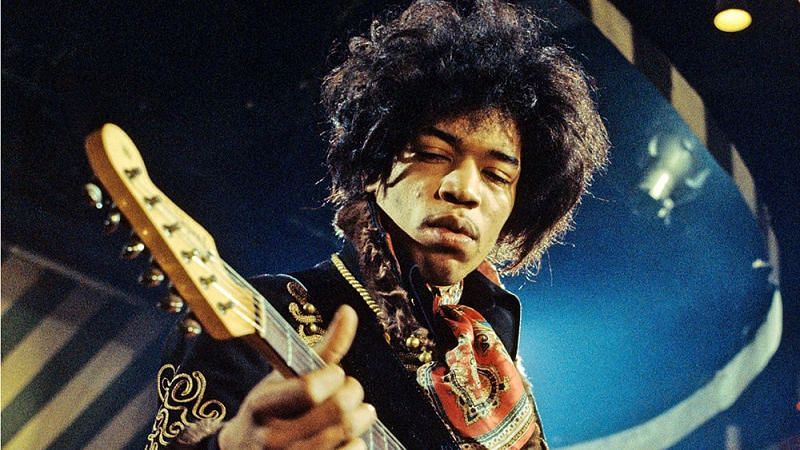 Remember how we said Hogan was a musician in his youth? Well, one of his heroes was Jimmy Hendrix, the electric guitar virtuoso who ignited an entire generation of feedback heavy riffs. 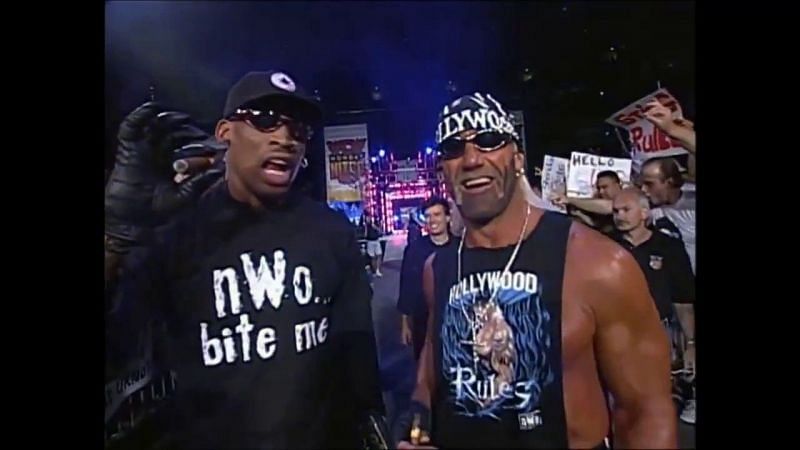 How many celebrities worked with Hulk Hogan? Mr. T. End of list.

But Hollywood Hogan worked with Karl Malone, Dennis Rodman, Jay Leno, and others. Even food network stars got into the NWO gimmick, all because of the charisma of Hollywood Hogan.

Having Hollywood come out with genuine celebrities helped keep his character ‘real’ and relevant.

#3 Unlike the Hulkster, Hollywood actually wrestled on TV 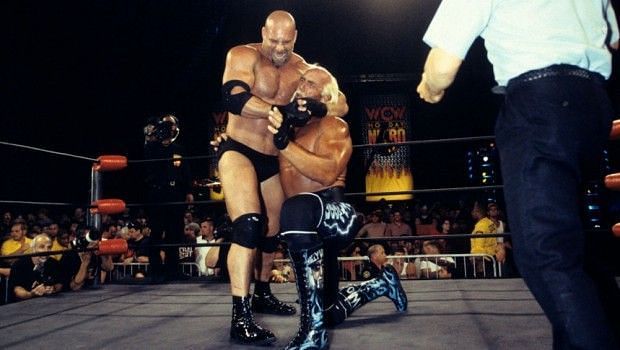 Hogan defending his title against Goldberg on Monday Nitro

If you were a wrestling fan in the 1980s, one thing was for certain;

Hulk Hogan would most likely NOT be seen on your local station’s wrestling broadcast. Hogan rarely made television appearances, usually only very close to Wrestlemania season or on Saturday Night’s Main Event.

But Hollywood Hogan was on your screen almost every week for Monday Nitro, posturing and infuriating fans while he reminded them of his greatness. 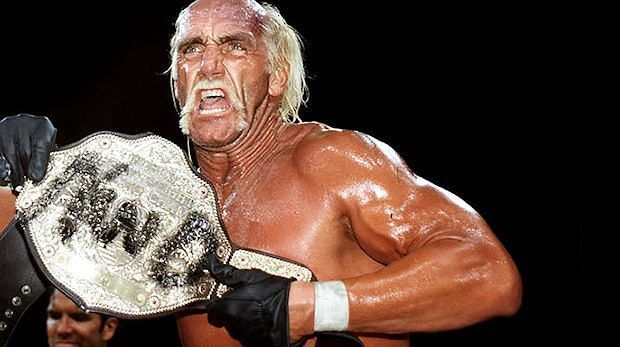 The training, the prayers, the vitamins….Hulkamaniacs…whatcha gonna do, when Hulkamania runs wild on you?

Basically, all Hulk Hogan interviews were by and large the same, so formulaic as to be utterly predictable.

By contrast, Hollywood Hogan was a compelling speaker. Hogan often did ‘shoot’ style promos and interviews, whereby he mostly spoke from the heart rather than following a script. The result was a much more interesting, with fans tuning in to see what outlandish claim Hogan would make next.

Here’s a rare interview from briefly after the formation of the NWO. 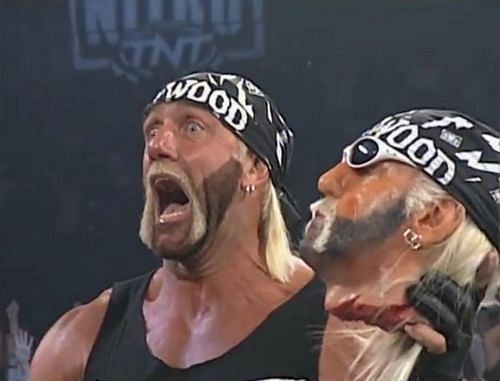 Hogan opens a Christmas gift from Sting only to find his own severed head!

While Hulk Hogan always took himself seriously….some would say too seriously…Hollywood Hogan was down with portraying a craven, cowardly, and downright goofy character for the entertainment of the fans.

Whether he was hiding in the smoke during Warrior’s entrance, running away from babyface wrestlers (only to claim he had beaten them up the following Nitro, in spite of video evidence to the contrary) or screaming in terror as he held his own severed head in effigy, Hollywood Hogan was never afraid to make himself look weak or silly if it furthered a storyline or angle.

There you have it: Ten reasons Hollywood Hogan was a superior character to Hulk Hogan. What are your favourite Hollywood Hogan moments? Be sure to comment and let us know.