SmackDown drafted Zayn in the fourth round of night two of the WWE Draft. So, the Intercontinental Championship will remain on the blue brand.

So far, Sami Zayn has only defended the title once in a rematch against “The Charismatic Enigma” Jeff Hardy a couple of weeks ago on SmackDown. The Liberator’s previous rivals, AJ Styles and Jeff Hardy joined Monday Night RAW. Therefore, The reigning Intercontinental Champion doesn’t have a clear, definitive challenger in sight.

As a result, Sami Zayn can expect to encounter a plethora of talent pining for an opportunity at the Intercontinental Championship. 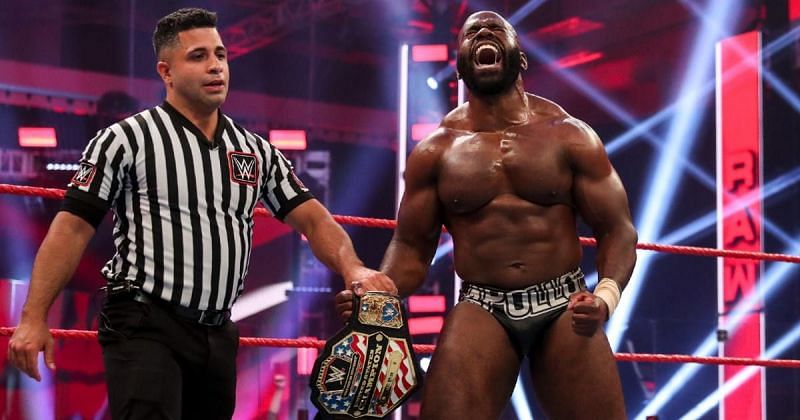 Apollo Crews held the US Championship on RAW.

SmackDown drafted the former United States Champion, Apollo Crews. The dynamic babyface will return to the blue brand as a full-time in-ring competitor after a successful run in RAW’s midcard.

Crews have been a pleasant surprise in 2020. He won his first championship on the main roster as he defeated Andrade to become the United States Champion in mid-May. He held the title until late August, dropping it to Bobby Lashley of the Hurt Business.

The athletic powerhouse rose to prominence on RAW, but how will he fare on SmackDown? Only time will tell, but Crews would undoubtedly prove to be a solid challenger for Sami Zayn’s Intercontinental Championship.

The Great Liberator loves to talk trash, but Crews lets his actions do the talking. Having two distinct characters feud with each other always creates an intriguing storyline. It wouldn’t come as a shock if he dethrones Sami Zayn because Crews has impressed so many fans. Otis is going through a rough time.

On the latest edition of SmackDown, WWE adroitly planted the seeds for a feud between Mr. Money in The Bank, Otis, and Sami Zayn. Otis has been going through a rough patch lately as The Miz pulled some strings to separate him and his girlfriend, Mandy Rose, a couple of weeks ago. Then his best friend, Tucker, joined Monday Night RAW as a part of the WWE Draft, effectively disbanding Heavy Machinery.

As loquacious as he is, the Great Liberator berated the sullen powerhouse in a backstage segment, leading Otis to shove Sami Zayn to the ground. This set the stage for a clash between these two Superstars in the foreseeable future. A rivalry between Sami Zayn and Otis can benefit both stars, giving them both a fresh program.

There are multiple ways WWE could proceed with this feud. Either Otis could put the Money in the Bank contract on the line, or Sami Zayn could put his Intercontinental title up for grabs. To spice things up, WWE could choose to put both the briefcase and the championship up for contention.

Sami Zayn may be crafty, but Otis is a behemoth, who is extremely agile for a man of his size. As Otis has had such a remarkable year, he could conceivably add an Intercontinental Championship win to his resume. 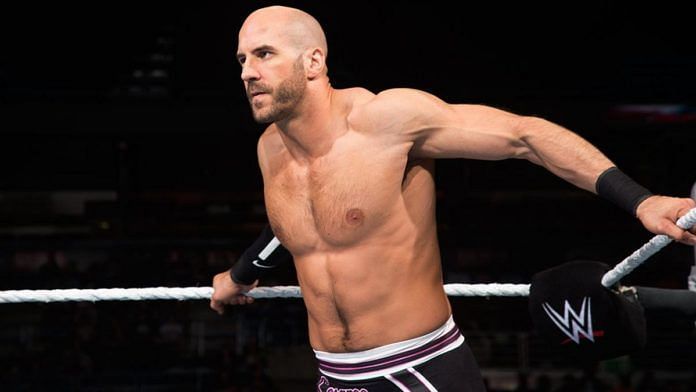 Cesaro is a gifted athlete.

The Artist Collective, Sami Zayn, Shinsuke Nakamura, and Cesaro disbanded when Sami Zayn vacated the Intercontinental Championship and went on a hiatus.

Cesaro and Shinsuke Nakamura entered the tag team division and won the SmackDown Tag Team Championships from The New Day at Extreme Rules. When Zayn returned in August, his former comrades were less than eager to meet him, and they ousted him from the Champion’s Lounge.

Now that Cesaro and Nakamura have lost the SmackDown tag team titles, it would be rather riveting to witness the aftermath of their title loss. Will they realign with Sami Zayn? Will they pursue the new champions, the Street Profit, or will they target their former ally?

To take advantage of the third option, WWE would have to turn either of the three former allies into a babyface. Cesaro makes the most sense, but it could be Nakamura too. Zayn’s turn is unlikely as he has garnered immense heat from the WWE Universe.

The Swiss Cyborg is the only member of the Artist Collective who hasn’t won the Intercontinental title. He is also the only one to have had a subpar singles run. If Cesaro breaks away from Nakamura and defeats Sami Zayn to win his first Intercontinental Championship, it would be a voltaic moment that has been a decade in the making. 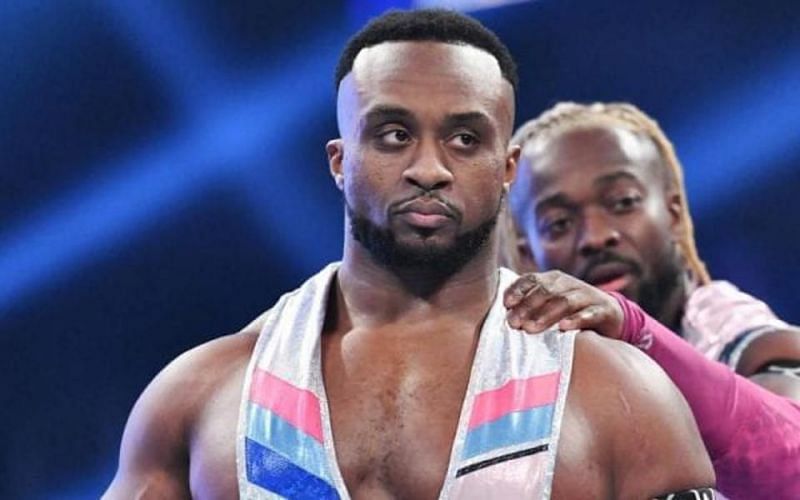 Big E is a rising star.

Last week on SmackDown, WWE separated The New Day during the draft. The duo of Kofi Kingston and Xavier Woods moved to RAW, leaving the powerhouse of the group, Big E, to fend for himself on SmackDown. However, before Kingston and Woods returned, Big E was already pursuing a singles run in the midcard.

He fought with the likes of Sheamus, The Miz, and John Morrison. A bright future awaits Big E and it could all start with an Intercontinental Championship run, which he would have to defeat the irksome Sami Zayn to achieve.

Sami Zayn is a sly, cowardly heel who would do just about anything to cling on to his Intercontinental Championship. On the contrary, Big E is a bold and honorable babyface that lays it all on the line. Their feud would be a fresh program that could benefit everyone involved.

Kevin Owens was one of the biggest names to be traded to SmackDown. The Prizefighter is a former Universal, United States, and Intercontinental Champion.

Owens was treading water on RAW, playing second-fiddle to Seth Rollins, Drew McIntyre, and Randy Orton. However, the story could be different on SmackDown. There is a myriad of possibilities for Owens, but there is one that stands out; a renewed rivalry with past friend and enemy, Sami Zayn.

Sami Zayn and Kevin Owens go way back. They were best friends once upon a time, but Owens betrayed Zayn upon arrival to NXT. They were briefly paired together on the main roster as a tag team when Sami Zayn turned heel to align himself with Owens. However, after their alliance ended, they went in different directions and they have seldom crossed paths.

The Prizefighter is currently dealing with Aleister Black, but he should move on to a feud with Sami Zayn after that. The Great Liberator and The Prizefighter could switch roles this time as Sami Zayn could be the despicable heel and Owens the lovable babyface. An Intercontinental Championship win would also help Owens get his career back on track.