Carmella returned on WWE Smackdown during the fall of 2020 raising tons of hell. She has been portraying the gimmick of a top heel since then as this put her back on the title picture after a long gap. A rivalry with Sasha Banks over the Smackdown Women’s Title has been dragging the female division of the blue brand’s roster, since then. The feud could continue in weeks to follow creating yet another title match in due course.

As seen these days, Carmella has been donning some stunning outfits and bragged about having the ‘Outfit of the Year’ award. The new entrance following her return was quite impressive. We can’t say the same about her dress, though as it caused a wardrobe malfunction, this past episode of Smackdown. 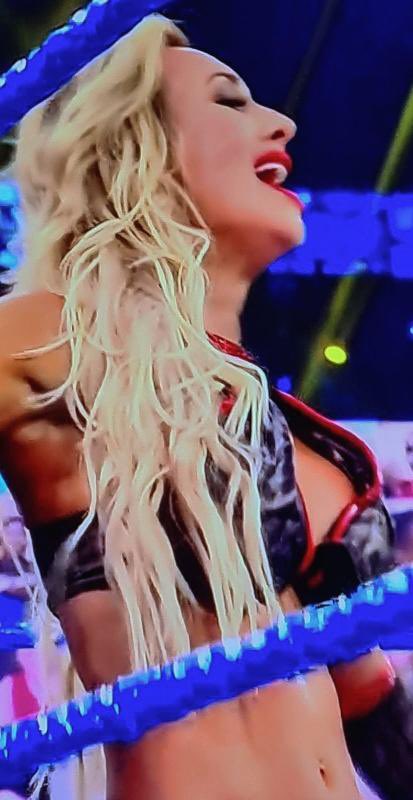 The polka-dot gear dress was relatively short to hold on to her assets while she was in competition in a tag team match. Bayley and Carmella went on to defeat Sasha Banks and Bianca Belair in the match but the cameras have caught something more than her in-ring action. 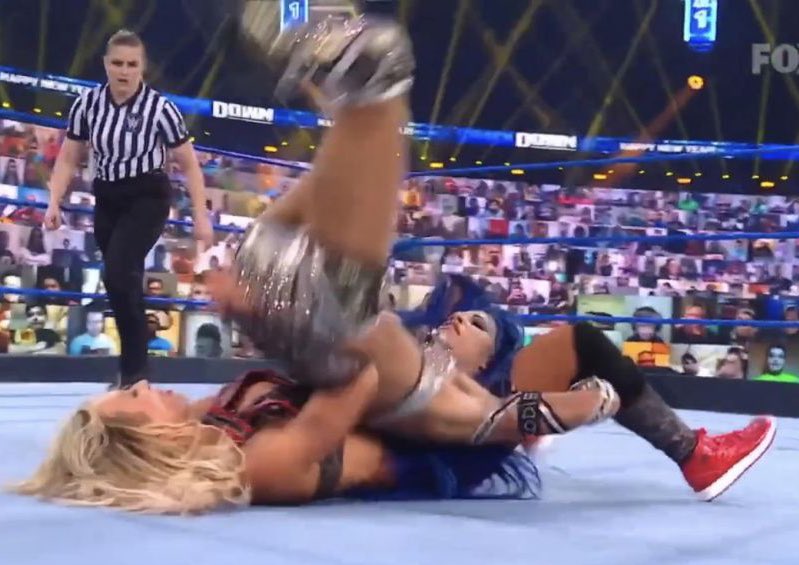 As seen in the given pictures, Carmella’s gear tended to expose the private part of her breasts. It happened a couple of times during the match.

At one point, she went to have a pinfall attempt on Sasha Banks and the dangerous top almost revealed the private part, again. However, WWE didn’t cut the feed off as they did for Charlotte Flair’s wardrobe malfunction on Raw. 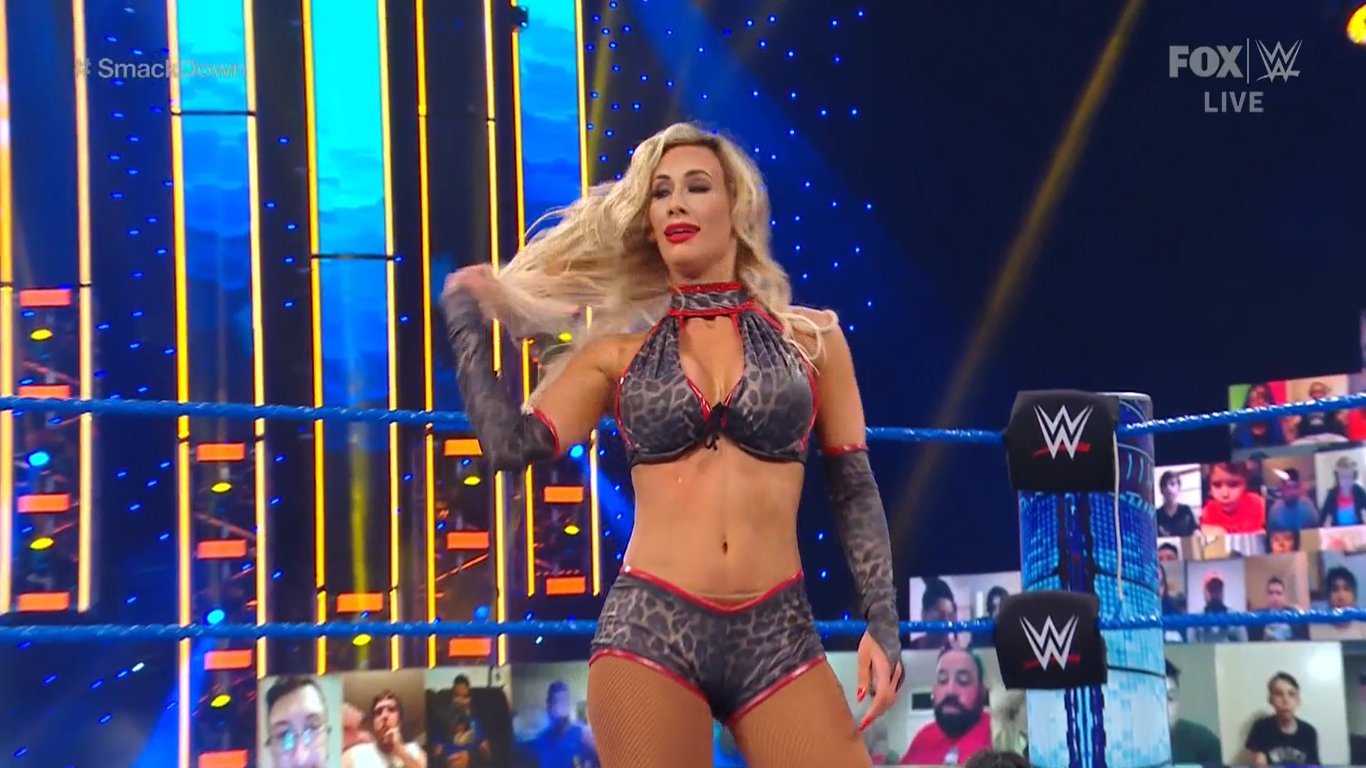 As for the explosive tag team showdown, SmackDown Women’s Champion Sasha Banks once again joined forces with Bianca Belair against Bayley and Carmella, this week. Bianca and Bayley battled outside the ring, Reginald got himself involved in the action distracting The Boss.

Mella used the distraction to plant Banks face-first into the canvas with the Mella-buster and pin the SmackDown Women’s Champion. 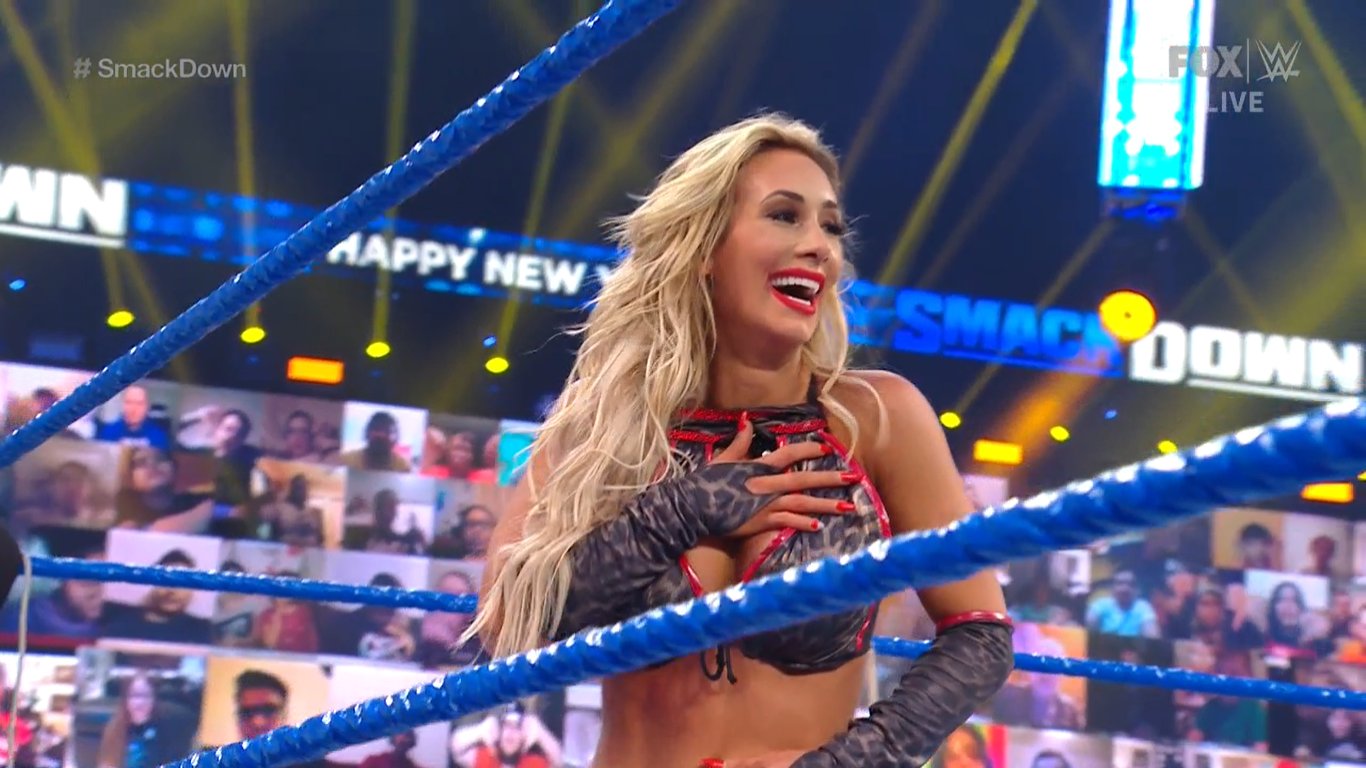 This was supposedly a setup to drag the program between Carmella and Sasha Banks. They have already featured in a title match at TLC where the champion retained despite interferences from Reginald.

Now the pinfall win over Banks should get her another title shot. Royal Rumble 2021 is approaching and we wonder whether WWE will announce the rematch for the PPV event.