AJ Styles recently revealed an interesting tidbit from his Royal Rumble 2017 match with John Cena that the WWE Universe might have missed.

At the Royal Rumble 2017 event, AJ Styles defended his WWE Championship against John Cena. The duo had a 24-minute classic that ended with Cena winning the title and tying Ric Flair at 16 world championship reigns.

Talking about the match on WWE’s The Bump, AJ Styles pointed out the fact that both competitors didn’t leave the ring for the entirety of the match. Styles also dubbed the match as the best one he’s ever had.

“I think about this match with John Cena, and I would say, out of all the matches I’ve had, this was the best one. A lot of people don’t know this, but we never left the ring in this match. We never went outside of the ring; it was all in the ring, which is not really heard of these days. I’m really proud of that match,” said AJ Styles. 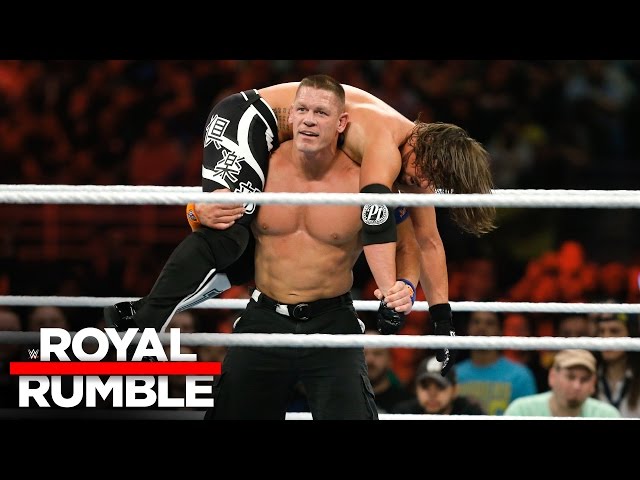 John Cena’s win over AJ Styles was a historic one

When John Cena defeated AJ Styles for the WWE title at the 2017 Royal Rumble, he became a 16-time World Champion, thus tying WWE Hall of Famer Ric Flair’s legendary record. AJ Styles and John Cena had a match for the ages and kept fans on the edge of their seats from start to finish.

Styles also opened up on facing off against Edge at last year’s Royal Rumble:

“I think I was definitely outdone by freakin Edge. Man, it was awesome. Standing in that ring and waiting for him to make his entrance was pretty unbelievable. Knowing the moment we were going to have, I was excited. I wish I hadn’t separated my shoulder. But if anyone was going to do it, I was glad Edge helped me with it,” said AJ Styles.

John Cena’s title reign didn’t last long, though, and he lost the title to Bray Wyatt inside the Elimination Chamber a few weeks later. Cena would go on to team up with Nikki Bella against The Miz and Maryse at WrestleMania 33. As for Styles, he took on Shane McMahon at the same event in a winning effort.