Welcome back to another edition of our daily WWE Rumor Roundup. Some big names have been featured in today’s lineup, and the top stories focus on several returning Superstars.

Another significant development has seen WWE Network move to Peacock for viewers in the United States. Details of WWE’s deal with NBCUniversal and what’s next for the company’s Network programming have been revealed.

Roman Reigns also spoke about his friendship with an AEW star during a recent interview. A top WWE personality also opened up on the rumored mega match between The Rock and Roman Reigns.

On that note, let’s take a look at the latest WWE Rumor Roundup:

Ronda Rousey has not been seen on WWE TV since WrestleMania 35 in 2019. The former RAW Women’s Champion took a hiatus from wrestling to focus on starting a family.

The rumors about Ronda Rousey’s WWE status is discussed every time a major PPV draws near, and Stephanie McMahon recently commented on the matter during an interview with TMZ Sports.

Stephanie McMahon noted that WWE would welcome Ronda Rousey with open arms whenever the former UFC Champion decides to return.

The WWE CBO added that the company was hopeful about Rousey coming back for another high-profile stint.

“Well, you know, Ronda’s been very public that she would like to start her own family, and you know, once she does that, our doors are absolutely open, our arms are open. We are very hopeful that Ronda will come back home to WWE.” H/t Pratyay Ghosh of SK Wrestling

Ronda Rousey has kept herself busy during the WWE hiatus as Rowdy regularly streams on Facebook Live while also uploading videos on her YouTube channel.

WrestleMania 37 is just around the corner, and Ronda Rousey is a bankable name for the WWE to potentially book for the big show

#4. Triple H on the rumored WWE returns of Brock Lesnar and John Cena 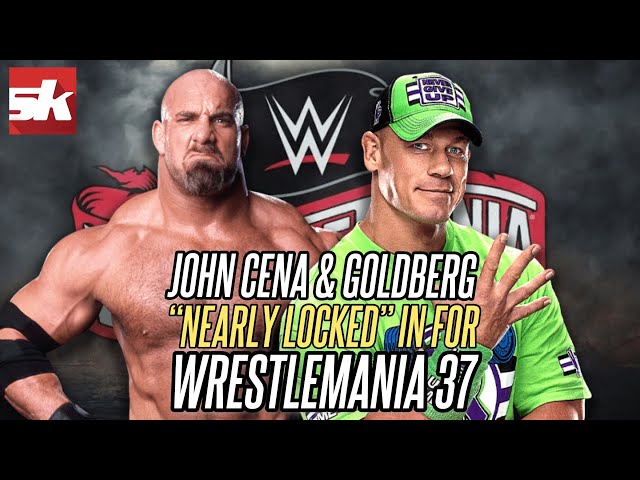 WWE WrestleMania season is always that time of the year when speculation about the big-name absentees grows louder. This year is no different, as there are many reports regarding the possible plans for Brock Lesnar and John Cena.

The last update about Brock Lesnar stated that the Beast Incarnate was a free agent. Triple H spoke to Hindustan Times and provided some insight into Brock Lesnar’s status.

Triple H gave a similar answer to what Paul Heyman had to say months ago during an Ariel Helwani interview. The Game explained that Brock Lesnar does what Brock Lesnar wants to do, and nothing can stop the Beast Incarnate.

Triple H believed that the decision to appear at WrestleMania 37 lies in Brock Lesnar’s hands.

“One of the things I have learned about him is Brock Lesnar does what Brock Lesnar wants to do. Nobody can talk him into doing things differently. So time will tell. If he wants to show up at WrestleMania, he will; if he doesn’t, he won’t. The only way to get that answer is to call Brock Lesnar.”

As reported by WrestleVotes, John Cena is almost sure to return at WWE WrestleMania 37, and Triple H was asked about the Cenation Leader.

The NXT Boss didn’t divulge any details but added that John Cena is very passionate about WrestleMania and will be there if he finds a way.

“I won’t put words in John’s mouth, but I can speak to his passion, and it’s WWE and WrestleMania. Once you do this at a high level, and John does it at the highest, it’s very hard to put down. If there is a way for him to be there, he will be there.”

WrestleMania 37 will be a two-night event, and WWE ideally needs multiple marquee names to fill up a massive match card.

The Shield is considered one of the best WWE factions of the past decade as it created three top-tier singles Superstars. While all three men went in different directions, Jon Moxley ending up leaving WWE and joined AEW.

Despite the promotional barriers keeping them apart, Roman Reigns continues to stay in touch with Moxley. The Tribal Chief spoke about his friendship with Jon Moxley during a recent interview with Graham “GSM” Matthews of Bleacher Report.

Roman Reigns described his relationship with Jon Moxley as ‘super-tight,’ and he recalled when they traveled together in WWE. The Universal Champion revealed that he continues to text Moxley sporadically.

“Me and Seth were texting back and forth a few weeks ago. Me and Jon text a little more sporadically.”

“It’s pretty out there anyways that me and Mox were super-tight. We traveled together even when we split up. We were drinking buddies, the whole nine. I got a lot of cool moments with Mox. But actually I talk to Seth a little more than I talk to Mox right now.”

Reigns also spoke about parenthood with Seth Rollins and how he is eager to see Moxley and Renee Paquette welcome their child into the world.

I’m happy for those guys. Hopefully, Jon and Renee [Young] will pop that baby out quick, and we’ll have another Shield guy in there.”

Roman Reigns is currently scheduled to face Kevin Owens for the Universal title in a Last Man Standing match at WWE Royal Rumble 2021.

The biggest news story of the day has been about WWE signing a multi-year agreement with NBCUniversal, which would see WWE Network move to the Peacock streaming service.

All of WWE Network’s content will officially be available to stream for US viewers on Peacock from March 18th onwards. The Wall Street Journal reported that WWE and NBCUniversal signed a five-year deal worth $1 billion.

While the deal’s financial details weren’t confirmed, WWE stands to make roughly $200 million per year. Viewers in the United States can get WWE Network on Peacock for $4.99 (Premium) and $9.99 (Premium Plus – ad-free). The $4.99 plan would save viewers a lot of money as they would also receive access to other Peacock content in addition to what is offered on the WWE Network.

It was also revealed in the latest Wrestling Observer Live that ESPN is no longer expected to air WWE content following the Peacock deal.

Meltzer stated that ESPN might have realized three weeks ago that they would not reach an agreement with WWE. As things stand, people in the US can view WWE’s vast Network library and all new content on Peacock from March.

#1. Stephanie McMahon on the rumored The Rock vs. Roman Reigns dream match in WWE

Ever since Roman Reigns rose to become a fine heel, talks of a potential WWE match against The Rock have been running rampant. The Samoan cousins have had their fair share of back-and-forth over a possible showdown, but the match is unlikely to happen this year at WrestleMania 37.

However, Reigns vs. Rock is a lucrative bout that WWE would eventually book somewhere down the line. Stephanie McMahon also hopes Reigns and Rock tell an incredible story in WWE someday.

While speaking to TMZ Sports, Stephanie McMahon said that there is always a chance for The Rock and Roman Reigns to have a feud in the WWE. McMahon believed that Rock and Reigns could script a great storyline given the rich Samoan heritage and the family history.

“I suppose there’s any chance that we’re working on anything, at any time, to answer your question. It would be a phenomenal story to find out who truly sits at the head of the table. When you think about The Rock and his family, and Roman Reigns and his family, you know, just the heritage and the lineage throughout our business, of that family, right? Huge story, and I do hope we see it play out one day.”

As announced by WWE, WrestleMania will go to Hollywood in 2023 for the 39th edition, and that could be the perfect platform to pull the trigger on the dream match.