At the 2021 Royal Rumble event, WWE Hall of Famer Edge came away with the shocking win, leaving virtually everyone stunned. Talking to WWE in a backstage interview, Edge revealed that he was stunned by his own win as well.

At this year’s WWE Royal Rumble, Edge entered at the number one position and outlasted everyone else who he faced on his way to one of the biggest accomplishments of his WWE career. On top of that, he didn’t even do it alone, as he was joined by Christian during the match, and the two teamed up for a time.

Edge commented on his win and talked about how Christian being there for a large part of the match added to his experience of winning the Royal Rumble. He went on to reveal that his next step was to stop analyzing the moment and actually enjoy it instead.

“It still doesn’t make sense. And for Christian to also be in there…if you wrote this as a script for a Hollywood movie, they’d say its impossible, it can’t never happen. Yet, here we are.”

“I still don’t get it. I think I’m going to stop trying to get it and just enjoy it. I’m going to stop analyzing why and how. F–k it, it’s happening and it’s awesome, and I feel great and I have my best friend back with me again. I couldn’t be happier.” 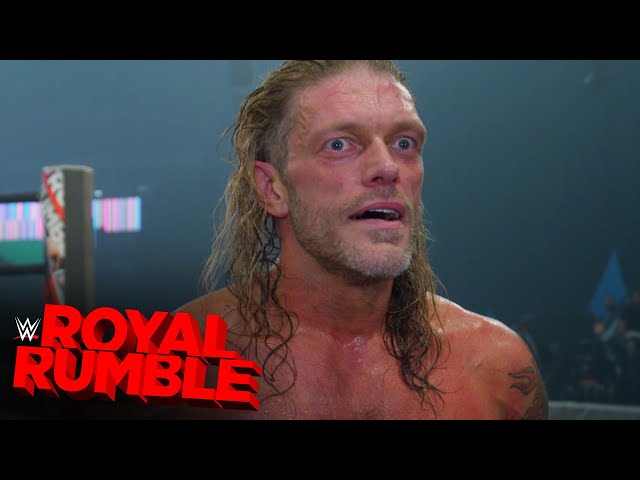 The 2021 WWE Royal Rumble was not the first time that Edge won the historic match. The win was his second of the match, after he first won it in 2010. However, with this victory, he became the first-ever WWE Hall of Famer to win the Royal Rumble match.

During his interview, Edge talked about how he was yet to believe that he had been able to win the Rumble in the manner that he did.

“If you had told me four years ago that I’d be in the Royal Rumble, enter the match first, win it, and go onto WrestleMania…. I feel like I still need to pinch myself and feel like I’m going to wake up.”

Edge’s win was even more important because, only a year back, he returned to WWE competition for the first time in nine years. He had been put out of action and had to retire thanks to career-threatening injuries, but by persevering and pushing through setbacks, he was able to make a return. Now, he is well on his way to featuring in the main event of WrestleMania 37.