Bad Bunny has become a class entertaining act since Royal Rumble 2021 on WWE TV. He is already a world-famous rapper who obviously didn’t have any obligations with WWE to come there. He’s a childhood fan of the product who just wanted to have some fun around the squared circle. But his shtick seems to have succeeded a lot and it could end up presenting him straight into WrestleMania 37.

The fact that Bad Bunny is making a ton of money could also be the reason why WWE is pretty focused on booking him at the Grandest Stage of Them All. The situation was helped a lot as and when WWE dropped Royal Rumble merchandise for celebrity performers. It is still available and has become a hot-seller item across the WWE Universe. 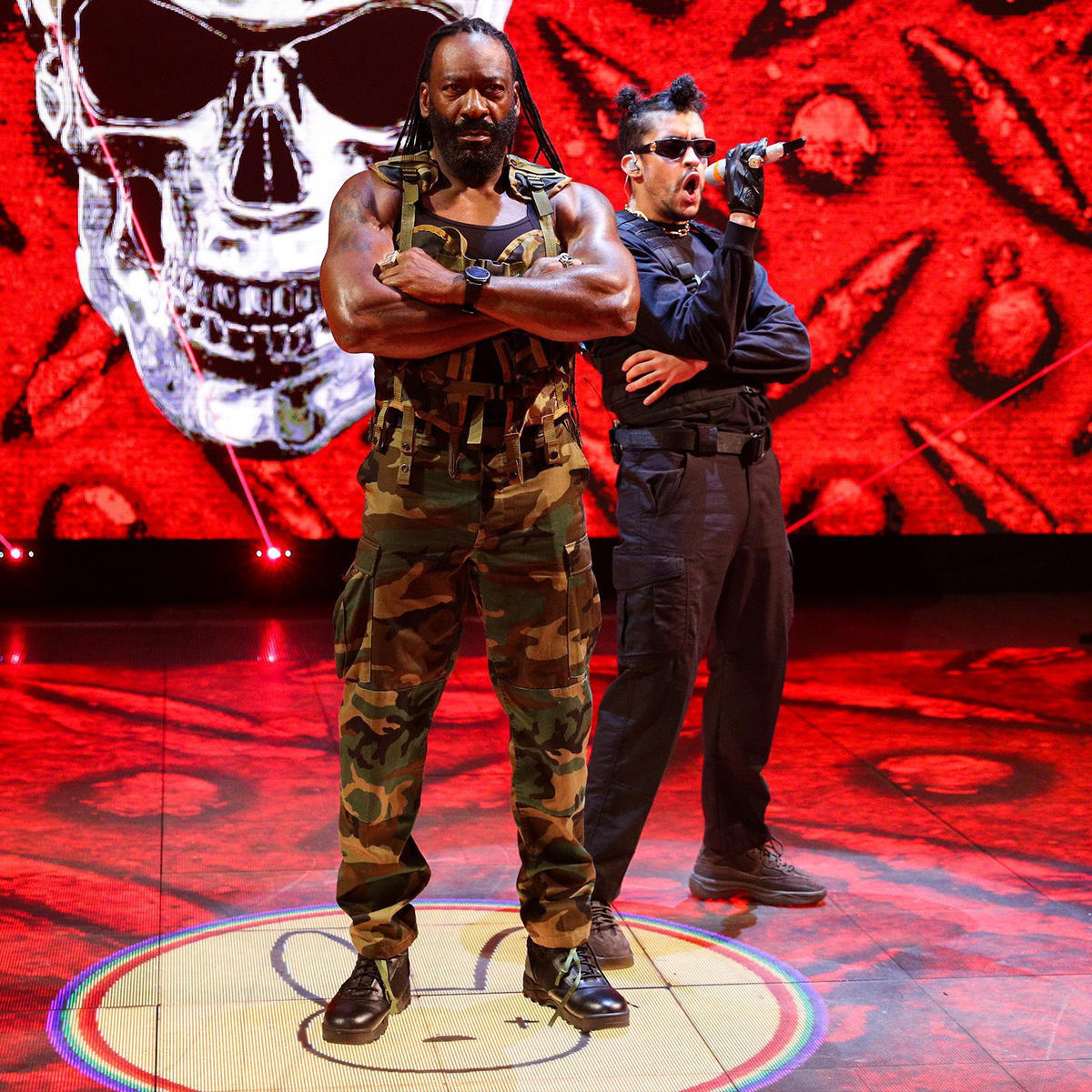 Bad Bunny gearing up for Wrestlemania 37

That being said, a lot of cash is coming Bad Bunny’s way and WWE is getting benefitted from it. WWE Shop is currently selling a poster, child’s t-shirt, women’s t-shirt, a unisex t-shirt, and a zip-up hoodie for him. Due to his success rate, maybe we get to see more variety items in his merchandise list in the near future especially if he gets booked in angle.

Bad Bunny has been training at the WWE Performance Center in Orlando, Florida which makes us believe that WWE is willing to give him a match at WrestleMania 37. and a match seems to be in his future. If that becomes a reality that we can only imagine how much more merchandise he’s going to sell. Perhaps, the multi-platinum recorder will close the first quarter of 2021 at the top of the merch-movers’ list toppling the likes of AJ Styles or Roman Reigns.

According to PW Insider, Bad Bunny will definitely be back in the ring. He was spotted training hard at the PC and that is definitely for a reason. At this time, it’s hard to assume which pay-per-view the rapper is eyeing but WrestleMania seems the automatic choice for him,

“Bad Bunny was in the ring working out and preparing for a proposed future WWE PPV bout that would take place against The Miz and/or John Morrison later this year.”