Nexus vs RETRIBUTION Could Happen At WWE Wrestlemania 37?

WWE reportedly booked a Nexus reunion for WrestleMania 36, last year. Fewer details are available regarding the actual planning of the match which was never culminated as a result of the coronavirus pandemic. But there’s a ‘never say never’ phrase in the professional wrestling industry and there’s always this year. 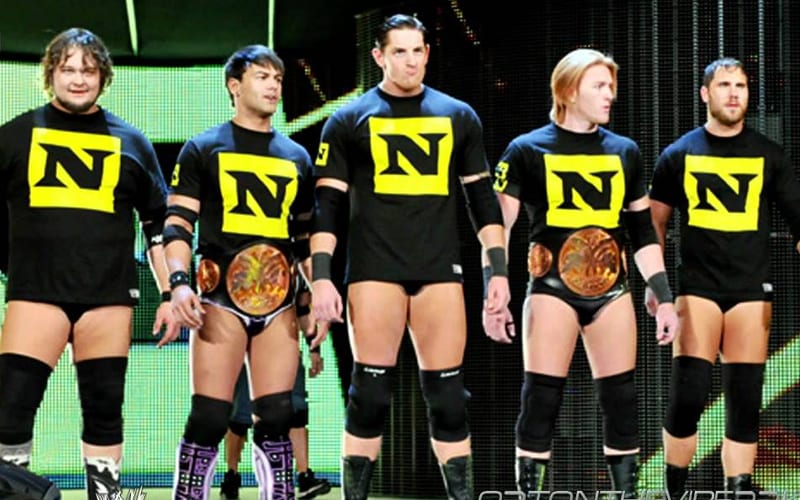 While speaking to The Dropkick Podcast, Fred Rosser stated that it’s always possible that that the canceled Nexus reunion can happen in 2021. You never know what kind of special guests WWE will end up inviting to make the Show of Shows a spectacle that will span around two days instead of a single day. He even shared an idea of the infamous stable possibly colliding with WWE’s current resident stable on Raw in RETRIBUTION.

“Yeah well most likely, Wrestlemania in Tampa again with the crowd. We’re gonna come back. The Nexus, him being on commentary and he’s gonna rise up from the table and we’re gonna show up and defeat Retribution. I shouldn’t have dropped the news but, oops but it will be fun.”

Nexus coming back to the WWE has always been an anticipated incident ever since the group was dismantled, quicker than expected. Whatever the plan would be from WWE’s part, Fred Rosser seems game to make a WWE return of some kind. He’s been wrestling for NJPW in recent times who is also impressed by the New Japan Strong. But that certainly doesn’t rule out a WWE return.

WWE did have to change a lot of plans around WrestleMania 36. The location was changed as well as live fans were taken out of the equation. The big return of Nexus was unfortunately canceled, as well. While speaking with The Dropkick Podcast, Darren Young was the first name to reveal that WWE had plans to bring the group back on TV.

“If Nexus would have come back, who knows what would have happened? We were scheduled to come back for WrestleMania, but hey man, yeah, this year’s WrestleMania in Tampa.” (Quotes courtesy Ringside News)

It’s unclear which match Nexus would have been involved with. The assumption is that John Cena vs Bray Wyatt in that unique Firefly Funhouse match could be an option. It makes sense that Cena could visit by some of the faces from the faction, he buried. Even Wyatt’s previous Husky Harris version could have also joined his former stablemates.