On the first episode of Writing with Russo – SK Wrestling’s newest show – the former WWE employee and wrestling creative talked about Edge’s apparent WrestleMania angle of regaining the title he never lost ten years ago.

Here’s what Vince Russo had to say on Edge’s comeback story:

“Well, personally, I don’t think it’s a good way. Because it is ten years after the fact, so let’s look at this realistically. You know, we had Mike Tyson in his prime, we had Mike Tyson ten years later. Realistically, bro, if the WWE wrestlers were supposed to be the greatest athletes in the world, this guy would get killed! So, would I have gone down this path? No.”

On Writing with Russo, where Vince Russo describes what changes he would make to current WWE storylines and how he would personally book them, he would go on to describe how making Edge’s comeback more of a personal affair would have positively benefited the Rated-R Superstar and the believability of the overall presentation.

“However, there is a way I would have gone down this path. But the only way I would have gone down that path was on a personal level. Not, “Oh, I want to do what I did ten years ago!” Nobody is the athlete they were ten years ago. No baseball player, no football player. I saw Adrien Peterson, he wants to play for the Bucks next year, the guy’s going to be thirty-five years old! Is that the twenty-five year old Adrien Peterson? So, that premise to me just doesn’t work. However, if it was personal, then you’ve got a story.”

You can watch the full clip from SK Wrestling’s Writing with Russo here: 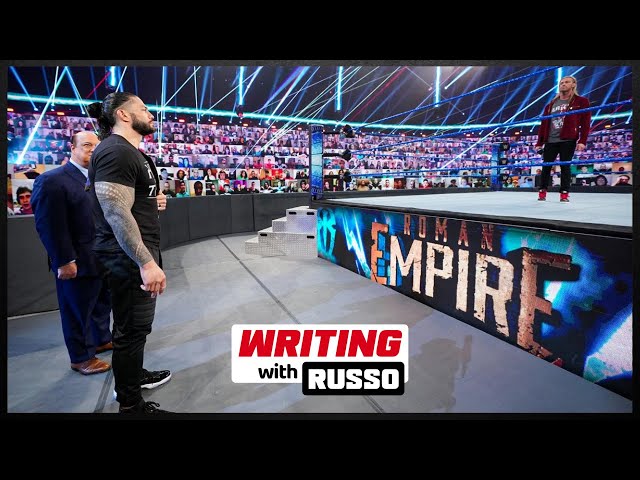