Roman Reigns has been aligned with Jey Uso ever since October 2020. His cousin Jey Uso was the first man to challenge for the Universal Championship, with the two Samoans facing off at Clash of Champions 2020 and Hell in a Cell the following month.

While there were a few weeks in between where Jey Uso was absent without any mention of it, he’s now back. It makes a lot of sense to see The Usos and Roman Reigns re-unite as The Bloodline, but there is also a possibility that it isn’t the direction that WWE goes.

If Jey Uso were to be replaced, here are five potential candidates to join Roman Reigns’ side:

#5. Apollo Crews – was spotted with Roman Reigns on SmackDown

Apollo Crews isn’t a heel, and he hasn’t been one since joining WWE. Since his character departed slightly from the babyface direction in early 2021, WWE could be planning something different.

Apollo Crews has always had the tools to be a big star, but his character, or lack thereof, along with his limited mic skills, seem to hold him back. 2020 was a blessing in disguise for Crews, who was unexpectedly on the receiving end of a big push post-WrestleMania 36.

It resulted in him defeating Andrade and winning his first title in WWE – the United States Championship. While the reign wasn’t long, he progressed a lot more in four months than he did in his last five years in WWE.

He has moved to SmackDown since and has gotten regular TV time, which is always a big opportunity. On SmackDown in early 2021, he was seen backstage talking to Roman Reigns.

Paul Heyman seemed to tease the idea of Apollo Crews joining Roman Reigns, but no mention has been made of that since.

#4. Murphy – A jump from Seth Rollins to Roman Reigns?

[Buddy] Murphy would benefit from an alliance with Roman Reigns. All said and done, 2019 and 2020 weren’t bad years for him. It was the first time he started to get regular TV time on the WWE main roster.

Murphy’s alliance with Seth Rollins was a large part of his direction in 2020 – including a brief reign as RAW Tag Team Champions.

Murphy hasn’t been seen since early December 2020, and what better way to bring him back than by having him align with Roman Reigns? It would add to his character, and the fact that he was formerly allied with Seth Rollins would make the story more interesting.

An alliance with Roman Reigns is a much better direction for Murphy than a romantic angle with Rey Mysterio’s daughter, Aalyah. He could do better with Roman Reigns than he did with Seth Rollins. It would continue to elevate him before WWE possibly thrusts him into a more serious singles position.

King Corbin is a Superstar who fans love to hate, and so did Roman Reigns. The duo had a long-standing feud in late 2019/early 2020 that culminated with two major pay-per-view matches.

Roman Reigns stood tall, but the dynamic is a bit different now. King Corbin has never been anybody’s sidekick and has usually had some of his own. However, aligning with Roman Reigns might be what he needs to reach the next level.

There was a lot of hope that he would be on a main event level back in 2017 (with comparisons to Braun Strowman’s push). However, he has largely remained in the upper-mid-card.

Corbin’s history with Roman Reigns could play into it, and we could finally see a different side of Corbin that hasn’t been seen in his last five years on the WWE main roster.

While we admit that a Roman Reigns-King Corbin alliance may not be the most exciting one, it’s a possibility. It would also be a surprising direction to go in with Roman Reigns.

#2. Dominik Mysterio – Could Roman Reigns propel him to stardom?

Dominik Mysterio is one of the most exciting young Superstars today, and a story with Roman Reigns could make him a big star. Some believe that WWE’s push of Dominik Mysterio is their attempt to appeal to a younger demographic, and it may work.

There have been some rumors that WWE is planning to turn Dominik Mysterio heel. It would be a huge step, especially since Rey Mysterio has never been a heel in WWE.

It could be when Rey Mysterio challenges for the Universal Championship. Since WWE usually likes to protect him, it would be the perfect opportunity to turn Dominik heel and align with Roman Reigns.

It’s hard to see WWE giving Dominik Mysterio a main event push at such a young age. But, he wouldn’t be the first star that age to be in that kind of a position. Since Roman Reigns is the biggest full-time star in WWE, it would elevate Dominik Mysterio to a higher level, where he would be ready to win his first Championship.

#1. Big E – An alliance with Roman Reigns to cement his main event status?

With some Superstars, there’s a clear main event trajectory. Big E belongs to that category, and a feud with Roman Reigns seems inevitable. Paul Heyman seems to think so as well and gave Big E some valuable advice.

Heyman told Big E that The New Day will only be a footnote in his career, similar to how The Shield is only a footnote in Roman Reigns’ career. 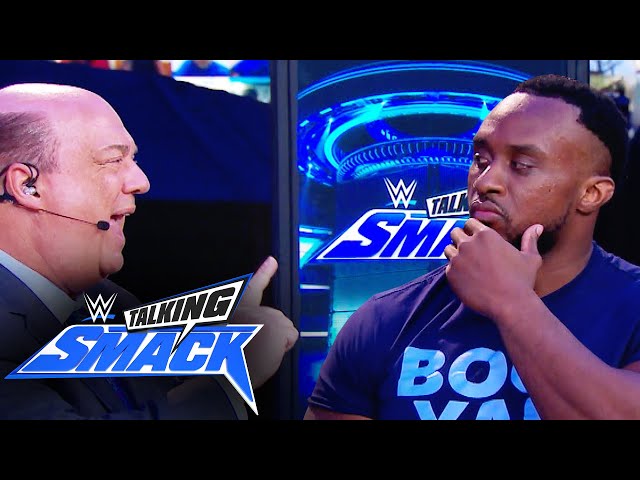 Big E is now the Intercontinental Champion, while Roman Reigns is the Universal Champion. A Champion vs. Champion clash would be ideal, but Big E doesn’t seem to be ready for involvement with Roman Reigns.

However, if WWE chooses to go in a different direction with Big E, he could be the strongest ally that Roman Reigns has. It would be perfect to use as a stepping-stone for Big E, with a possible Royal Rumble win and WrestleMania title match against Roman Reigns.

It’s a great long-term story waiting to happen, and just like how many legends have been used to establish Roman Reigns, he could help create a top star in Big E.