WWE has been around for around seven decades at this point. From being just one of several major pro-wrestling corporations in the United States

WWE has been around for around seven decades at this point. From being just one of several major pro-wrestling corporations in the United States to becoming a global media giant, Vince McMahon’s promotion has seen it all. The most fascinating aspect of WWE (as is with pro-wrestling as a whole) is the fact that it’s scripted entertainment, similar to a weekly soap opera.

Its scripted nature allows the company to experiment with almost every possibility under the sun. The bumps WWE Superstars take and the punishment inflicted on their bodies on a weekly basis are all as real as they can get. That’s why most Superstars don’t take it lightly when someone dubs WWE, or the business, as being fake. In this list, we will be taking a look at five Superstars who were furious when WWE was called ‘fake’ by someone.

The feud between Becky Lynch and Ronda Rousey on the Road to WWE WrestleMania 35 reached a boiling point when The Baddest Woman On The Planet called WWE a fake sport. Becky Lynch appeared on ‘In The Kliq’ around that time and ripped into Rousey for calling WWE ‘fake’ in her promos. Here are some notable quotes from Becky during her aforementioned appearance:

The fact of the matter is, let’s talk brass tacks shall we, because at Thanksgiving Ronda Rousey was in her kitchen crying, crying about how hard this business is because she couldn’t be at home to cook breakfast for her husband.

So, I have had no rest, no rest in at least four years, two years before that in NXT that makes six years and I have not cried about it once, but she has been on the road, not even on a full-time schedule for at this stage, what, four months? 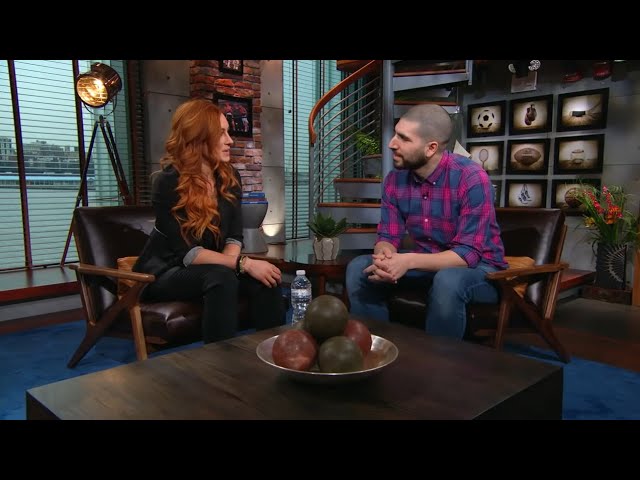 Becky Lynch was the most popular Superstar in WWE, back in early 2019. She went on to headline WrestleMania 35 against Rousey and Charlotte Flair, with both Women’s titles on the line. Lynch pinned Rousey to become a double Champion and create history on The Grandest Stage Of Them All.

Brock Lesnar has done incredibly well in both WWE and UFC. His success in UFC resulted in major mainstream popularity and was the reason why The Beast bagged an incredibly lucrative contract when he came back to WWE in 2012.

Back in 2015, UFC President Dana White engaged in a Twitter conversation with a fan and made it known that he thought WWE was fake. Soon after, Brock Lesnar opened up on the same in an interview with ESPN’s SportsCenter. Judging by his response, it was clear as day that he wasn’t thrilled with White’s comments about WWE being fake. Brock Lesnar didn’t mince his words and ended up claiming that Vince McMahon is better than White when it comes to running their respective businesses, which have similar models.

The business model is the same; it’s identical. I think Vince McMahon’s better at it than Dana, and that might rub Dana the wrong way.

Brock Lesnar bagged great success in his first WWE run, but things only got better when he returned to WWE in 2012. Thanks to his mainstream success, WWE handed him a huge contract that allowed him to miss multiple shows in a row. At one point, Lesnar was the Universal Champion and fans wouldn’t get to see the belt for weeks on end. He dropped the WWE title to Drew McIntyre at WrestleMania 36, soon after which his contract expired.