Bobby Lashley has kicked off his first WWE Championship reign in dominant style, with the focus now turning to WrestleMania 37. The All Mighty era has already shown promise of being a potential long-term fixture on Monday Night RAW. But will Lashley get through WrestleMania as the Champion?

Bryan Alvarez reported on the most recent edition of Wrestling Observer Live that WWE plans on booking another Drew McIntyre vs. Sheamus contest in a Last Man Standing Match at Fastlane on March 21st.

WrestlingNews learned from sources within WWE that the Last Man Standing match could be for the number one contender’s spot. This means that the winner of the Fastlane match will face Bobby Lashley in a WWE Championship match at WrestleMania 37. The report adds that the scheduled WWE Championship contest for WrestleMania will be between Lashley and McIntyre.

Lashley’s WrestleMania title defense is expected to be one of the two main events. The other marquee match of the show will have Roman Reigns defend the Universal Championship against Edge. 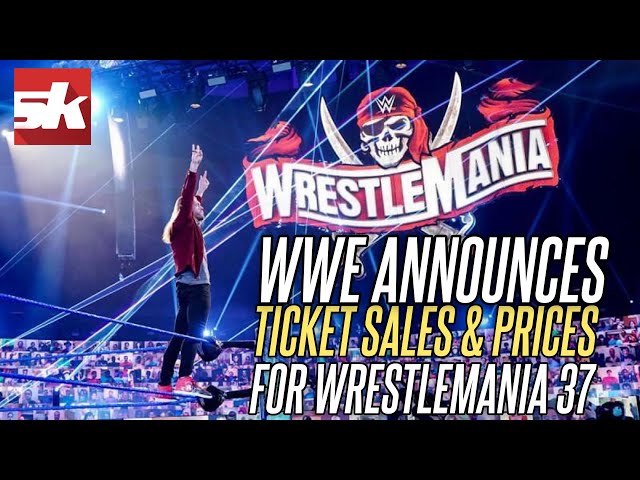 Dave Meltzer reported in the Wrestling Observer Newsletter that Vince McMahon wants WrestleMania 37 to look ‘bigger’ on paper, and the WWE boss ‘blew up’ the original ideas in favor of new plans. But nothing specific to what could change has been outlined yet, so everything is open to speculation.

WWE announced the WrestleMania 37 ticket sale date and prices during the latest RAW episode, and all the details are covered in the video above. The event will take place on April 10th and 11th at the Raymond James Stadium in Tampa, Florida.

Less than five weeks away.

Who’s gonna step into the spotlight?

The All Mighty will be waiting. #WrestleMania pic.twitter.com/QDlUSSKdc9

This year’s WrestleMania is a big deal for the company. WWE will be booking a show for a live audience after almost a year, and Vince McMahon wants WrestleMania 37 to live up to its lofty reputation. Beliefs are rife backstage that the promotion could witness several changes to the final match card.

What are your thoughts on WWE’s plans for WrestleMania 37? Is Drew McIntyre facing Bobby Lashley a compelling match for the most important PPV of the year? If not, who would you rather see facing the current WWE Champion?