Vince Russo has explained how he would include Bo Dallas, Bray Wyatt’s real-life brother, in Wyatt’s current storyline.

On the latest episode of Writing with Russo – the show where Vince Russo describes how he would book current WWE storylines – the former WWE writer said that Dallas should absolutely be involved in Wyatt’s storylines, saying he would “work it out of reality.” He also went on to say that the story could center around Bray’s figurative disappointment in WWE creative and that Mike Rotunda, Bray’s father, would make a good addition to the story.

“I want to work it out of reality… I would have to figure out a way to tie them together as brothers… I may go as far as, because of the crappy creative, Bray wants to quit the business. And maybe his brother, who has also had crappy business! Then maybe we see them having a talk with the father, you see what I’m saying? This is very intricate. Let Mike Rotunda cut the promo on them. You remember the promo with Rocky and his kid? Rocky Balboa in the street? “Life isn’t all unicorns and rainbows!” Have that talk, and then maybe you have them come back fiercer than ever.”

Mike Rotunda is best known for wrestling with WWE in the 1990s under the ring name I.R.S.

The thing about fire is, it does what it pleases. I burn, you burn, we all burn. Eventually. ⭕️#WWETLCpic.twitter.com/8dTkYc7p2M

During Vince Russo’s conversation with Dr. Chris Featherstone, Russo would also mock the way Bray Wyatt’s character was presented during his early days on the main roster.

Calling back to the vignettes of the Wyatt Family, Russo questioned how Bray Wyatt could have possibly learned to wrestle, living in the kind of swamp environment WWE fans were presented with.

“One of the things they did off the bat… Remember they did the vignettes of Bray? In the swamp and the whole thing? Then, the first time he wrestled, he knew wrestling moves. That’s the freaking problem! Who taught him how to wrestle in a swamp?! Wherever swamp he was.”

Watch the full clip from Writing with Russo here: 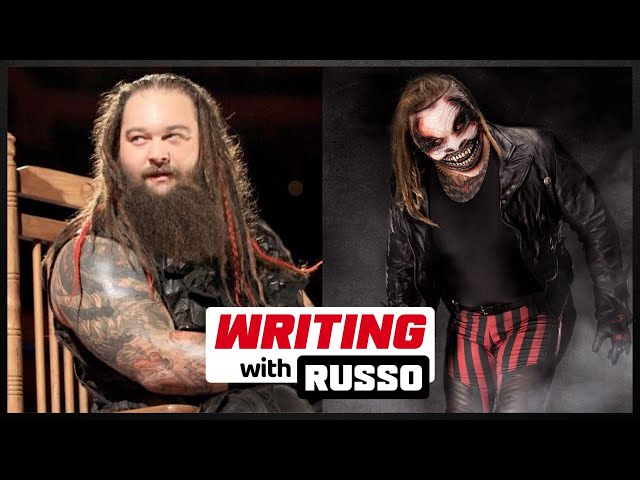 If any quotes are taken from this interview please give credit to Sportskeeda Wrestling.