Welcome back to another edition of our daily WWE Rumor Roundup. Fastlane is in the books, and all roads now lead to WrestleMania 37.

Vince McMahon has made several significant changes to the ‘Mania card in recent weeks, and today’s lineup covers all the major stories about the two-night event.

A top superstar is expected to miss WrestleMania 37, and a new title match has now emerged as one of the two WrestleMania main events. Another top championship match has also undergone a major alteration, and it all comes down to the WWE Chairman’s change of mind.

Today’s top story is about several WWE Superstars reaching out to an AEW star after a recent Dynamite match. Drew McIntyre was one of the WWE talents who sent messages to the popular AEW wrestler.

A veteran name was also once legitimately beaten up for an unplanned spot in a match, and all the details of the incident have been disclosed.

We end the roundup with details of the next wrestler who will be inducted into this year’s WWE Hall of Fame.

On that note, here is the WWE Rumor Roundup:

#5. Drew McIntyre was one of many WWE Superstars who sent messages to AEW’s Britt Baker 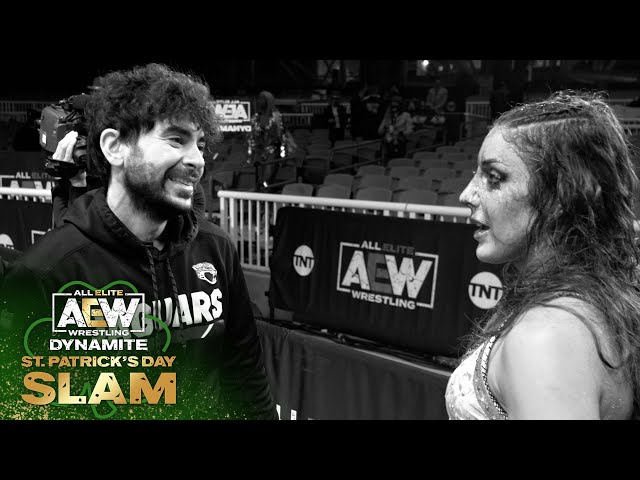 Britt Baker and Thunder Rosa’s barbaric Unsanctioned Lights Out match from Dynamite will forever be remembered as a game-changing moment in the evolution of AEW’s women’s division.

Rosa and Baker put it all on the line to produce one of the bloodiest TV matches in professional wrestling history. The talented women rightfully received all the plaudits from the wrestling fraternity.

Britt Baker was a guest on Renee Paquette’s Oral Sessions podcast, and the AEW star spoke about the reactions to her Dynamite match against Thunder Rosa.

Baker revealed that Drew McIntyre messaged her following the match, and she was really hyped about it. Baker also had an interaction with Trent Seven, NXT UK star and one of the funniest guys she knows.

“Drew McIntyre messaged me. I was really excited about that. Trent Seven, who is one of the funniest guys, messaged me.”

Baker also spoke to Bayley, and the AEW wrestler had nothing but words of praise for WWE’s Role Model. Baker added that she also received positive messages from Candice LeRae and Mick Foley.

“I had a nice message exchange with the other role model in wrestling [Bayley]. One of my favorites; I’m literally a fangirl of her. She’s the best. Candice LeRae, who helped train me and is a hardcore legend herself. Mick Foley loved it. We also talked about getting him hooked up with fixing his teeth.” H/t Fightful

Britt Baker spoke in length on various other topics during her podcast appearance, and you can find all the best stories here.