Daniel Bryan’s WWE contract ran up three weeks ago, and at this time, he’s a wrestling free agent.

But if he returns to the company in the near future? A former WWE Champion would happily welcome a match with him.

In an interview with Mid-Day, Drew McIntyre was asked to name the three WWE superstars he’d like a match with. McIntyre listed Jinder Mahal, Roman Reigns and Bryan.

“Daniel Bryan. I don’t know what’s going on with his future after he lost the match,” McIntyre said. “Maybe he shows up on NXT? Maybe he shows up on RAW? But he and I haven’t got to do much together. Certainly never had anything big, and I think obviously with where we’re at in our careers, it would be something very special.”

As McIntyte noted, he and Bryan haven’t shared the ring together very often. They’ve only squared off in two singles matches – at Over the Limit 2011 and at a WWE superstars taping on Aug. 22, 2011.

If Bryan returns to WWE before long, we’ll likely see him on Raw, though NXT obviously remains a possibility. So the road to a program with McIntyre is there, although one of them would likely have to turn heel.

Bryan’s WWE contract ran up following his match with Reigns on the Apr. 30 episode of SmackDown.

The two superstars squared off for the Universal Championship that night. The stipulation was that if Reigns had won, Bryan would be banished from SmackDown. The former emerged victorious after locking in the Guillotine.

This was Bryan’s fourth Universal Championship match against Reigns dating back to Elimination Chamber. He also lost at Fastlane and at WrestleMania 37 in a triple threat match that also featured Edge.

RELATED: [Theory] Seth Rollins Is On The Verge Of A Joker-Esque Character Change 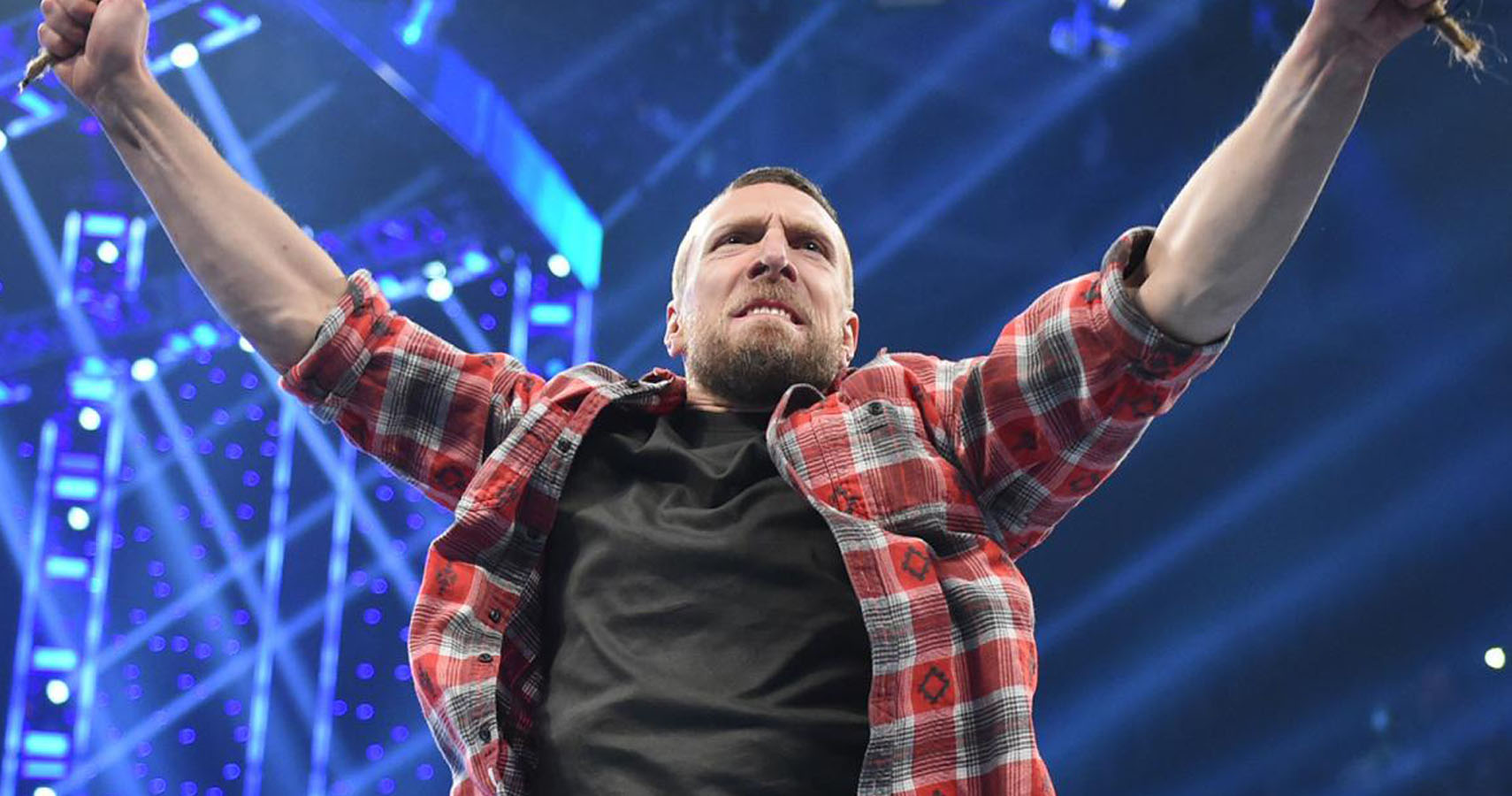 Although Bryan is a free agent, WWE officials are reportedly optimistic that he’ll return to the company. The two sides have reportedly stayed in communication, too.

This Would Be An Enticing Program

McIntyre is flourishing as one of the WWE’s top faces, and Bryan is a perennial main event superstar. In many ways, a McIntyre-Bryan program would be exciting, must-watch television.

But would WWE want to turn either superstar heel in the near future to make the program work? It seems highly unlikely, but we know to expect the unexpected in WWE.