Welcome to another edition of the daily WWE Rumor Roundup where we take a look at the biggest backstage stories and rumors from the world of WWE. We are just days away from Hell in a Cell which will be WWE’s last pay-per-view inside the Thunderdome.

In today’s edition, we will take a look at a former WWE Superstar announcing his retirement from wrestling, a big singles push possibly being planned for a tag team superstar, and much more.

Plus, we will take a look at Roman Reigns’ scathing message to John Cena and The Rock, given the increased speculation of the two men wanting to face him soon. So without further ado, let us take a look at the top stories and rumors from the day:

Former WWE superstar Jordan Myles, better known as ACH in other promotions, has announced his retirement from the world of wrestling. ACH left WWE in 2019 after a controversy over WWE’s t-shirt design involving his name.

After a long-drawn dispute, ACH was finally let go by the company in November 2019. He returned to the independent circuit and had been making some major waves before announcing his retirement on Instagram:

“No need for the dramatic or emotional word play. As of today I will officially step away from professional wrestling. Thank you all for the support and love.” 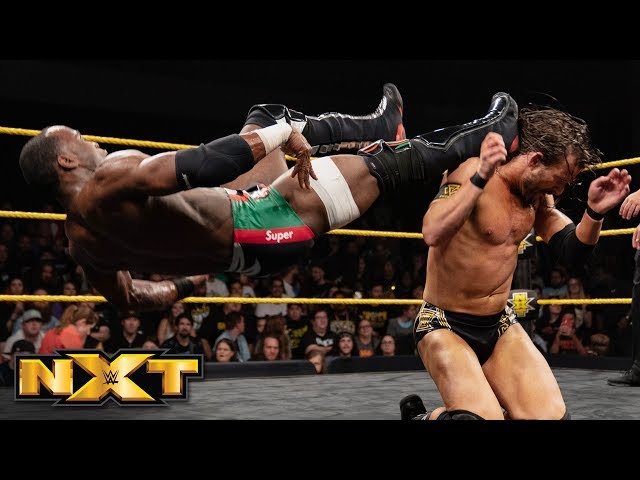 Apart from WWE, ACH has worked for major promotions like ROH, Impact Wrestling and NJPW. It is unknown why he has decided to leave the wrestling industry.

During his time in WWE NXT, Jordan Myles won the Breakout Tournament, earning himself a shot at then-NXT Champion Adam Cole. The two men had a spectacular match with Cole coming out victorious. It is believed Myles was in for a big push before his issues with WWE occurred. 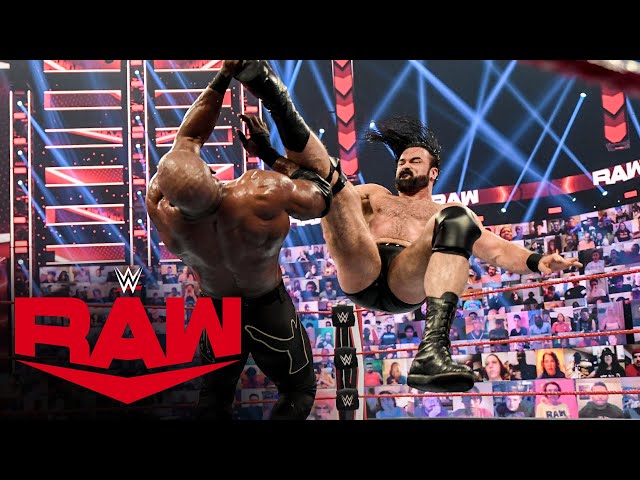 AJ Styles finally became a grand-slam champion in WWE by winning the RAW tag team title along with Omos at WrestleMania 37. Omos has proven to be very limited in the ring even though his sheer size is enough to captivate the audience.

It was also reported that Vince McMahon’s interest in Omos was one of the reasons that he decided to let Braun Strowman go. With Omos and Azeez coming to the main roster, it was thought that Strowman had become ‘obsolete’.

Wade Keller of PWTorch has stated that WWE is building Omos in a manner that indicates he will be getting a singles run soon:

”They continue to build up Omos to a degree that they’re eventually going to put him in against a big star in a singles match. It’ll take a lot of smoke and mirrors to make that passable,” said Keller.

A possible program with AJ Styles down the road would certainly help Omos become better as an in-ring athlete.

There have been many rumors of late suggesting a possible John Cena return to WWE. It is believed that John Cena will return to WWE in order to set up a SummerSlam match against The Tribal Chief Roman Reigns.

Multiple outlets have confirmed the rumors and John Cena himself insinuated that he will soon be returning to WWE. Speaking on ESPN’s SportsNation, the Universal Champion advised Cena and The Rock to stay in Hollywood instead of trying to face him.

It looks like The Big Dog hasn’t taken very kindly to the idea of facing legends such as John Cena and The Rock:

“If I were these guys (Rock and John Cena), I don’t know if I’d wanna come back and deal with me. I am a problem right now for everybody, so if I were them I would stay on set. I’d keep pumping out these streaming service movies. Don’t come to the ring… is what I would do,” said Reigns.

Though John Cena and Roman Reigns have wrestled before, it was before Roman Reigns turned heel. A match between Reigns and Cena would certainly help increase ticket sales for SummerSlam.

Aleister Black was one of the names released by WWE a few weeks back. Apart from Braun Strowman, Aleister Black’s release came as the biggest shock to the WWE Universe.

Dave Meltzer of the Wrestling Observer Newsletter has stated that the former NXT champion is expected to join AEW once his 90-day no-compete clause with WWE is over:

The report also notes that while Black’s move to AEW is not a done deal, it is strongly believed that he will be joining the promotion when his 90-day non-compete clause ends.

Aleister Black, now known as Tommy End, was being pushed on SmackDown before his release. The push made WWE’s decision to let him go even more head-scratching.

It was reported that Vince McMahon wasn’t a fan of his in-ring style and did not ‘get’ Black and Murphy. Tommy End is a wrestling veteran and his years of experience will be an asset to AEW if End joins the young company this year.

Would you like to see Tommy End in AEW? Tell us in the comments.

WWE Superstar Drew McIntyre will face Bobby Lashley inside Hell in a Cell this Sunday. The Scottish Warrior had to win a grueling match against Kofi Kingston in order to get the opportunity to face the WWE Champion.

Though Kingston gave it his all, McIntyre proved to be a bit much for the former WWE Champion. Speaking to Ryan Satin on Out of Character, Drew McIntyre talked about how much respect he has for Kofi Kingston:

Drew McIntyre further praised Kofi Kingston, saying that the man is pure magic inside the ring. He said that the real talent of a superstar can only be understood after getting in the ring with him. By sharing the ring with Kingston over the past few weeks, McIntyre has come to understand what a brilliant wrestler the former WWE Champion