Reason why Becky Lynch called The Rock before SummerSlam 2021 return

Becky Lynch recently stated that she called The Rock before her SummerSlam return, and the WWE veteran gave her permission to use his finisher.

At The Biggest Party of the Summer, Lynch made her big return and defeated Bianca Belair in 26 seconds to win the SmackDown Women’s title. She used a variation of the Rock Bottom (Manhandle Slam) to pick up the win.

Becky Lynch was the latest guest on Out Of Character with Ryan Satin. The Man revealed that she spoke with WWE legend The Rock before her big return at SummerSlam 2021. Here’s what Lynch said:

“So I used a variation of The Rock Bottom before but it’s just easier to get it and go. I asked The Rock if I could use it and he was very gracious and said that I could.”

“Called him. Yeah, yeah, yeah. And I told him how SummerSlam is gonna go down. And said, ‘Look, here’s what I’m thinking. I’m supposed to hit one move on her. Can I use this?’ ‘Yeah!'” recalled Lynch.

Becky Lynch says she called and asked The Rock if she could take his Rock Bottom and make the Manhandle Slam and, of course, he said yes.She told him how she was going to use it at SummerSlam. [@ryansatin]
5:45 AM · Oct 11, 2021
20

Becky Lynch had been out for more than a year

Becky Lynch went on a hiatus immediately after the Money In The Bank event last year, due to her pregnancy. Lynch kept an eye on WWE throughout her absence. She reacted to Bianca Belair’s historic match and win at WrestleMania 37 as well. 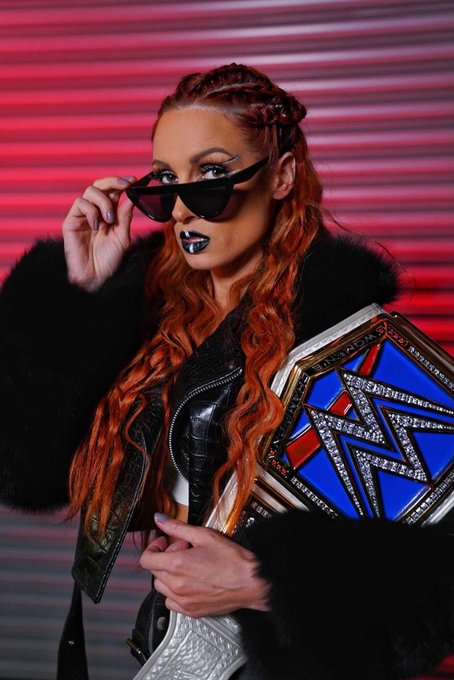 She returned to a loud pop at SummerSlam 2021 and challenged Belair to a title match after making quick work of Carmella. To fans’ surprise, Lynch took a cheap shot at The EST of WWE and hit a variation of the Rock Bottom to beat her for the belt. She’s been doing well for herself as a heel on SmackDown ever since.

It’s no secret that The Rock is a big fan of Becky Lynch. Last year, Lynch revealed that The Brahma Bull is guiding her for a potential career as a Hollywood star.