Until recently, the age of a WWE Superstar was nowhere near as important as the age of an athlete in the world of sports.

For example, many football/soccer players come close to retirement when they reach the age of 35. In WWE, the majority of in-ring competitors do not hit their prime until their late 30s. Many marquee WWE names often perform well into their 40s and, in some cases, even beyond the age of 50.

According to the Wrestling Observer’s Dave Meltzer, age likely played a part in WWE’s recent decision to release several superstars. Meltzer reported that the company’s higher-ups want more men and women in their 20s on television. A new directive on hiring women aged 25 or younger has also been introduced.

In this article, let’s break down the ages of every WWE Superstar who is currently assigned to the RAW and SmackDown rosters. The categories also feature free agents who have recently been associated with WWE’s top two brands, including Asuka and Elias.

The Man I Wanted To See.. @WWE pic.twitter.com/Klc4nsE9i0

Only 11 WWE Superstars under the age of 30 were assigned to the RAW and SmackDown rosters in September 2020. Fast forward 14 months and the list below shows that 16 men and women in their 20s are currently able to appear on the two brands.

Last year, only four men were included in this category: Angel, Dominik Mysterio, Humberto, and Otis. WWE has since introduced a new crop of young male talent, with Austin Theory and Omos hotly tipped to be stars of the future.

The youngest superstar in this section, Olympic gold medallist Gable Steveson, moved to RAW in the 2021 WWE Draft. However, at the time of writing, he is yet to make his in-ring debut.

This age category features a mixture of up-and-coming WWE Superstars and several established names who have been around for years.

Alexa Bliss, Bayley, and Dana Brooke all joined WWE’s main roster in 2016. Another member of the women’s division, Naomi, first appeared on main-roster programming back in 2012.

Ridge Holland, Veer Mahaan, and Xia Li also stand out on this list. The 33-year-olds have only recently joined RAW and SmackDown after spending the last few years training at the Performance Center.

At the age of 31, Street Profits duo Angelo Dawkins and Montez Ford still have plenty of years ahead of them in WWE. The same can also be said for Cedric Alexander, who is still only 32 and nowhere close to hitting his prime. 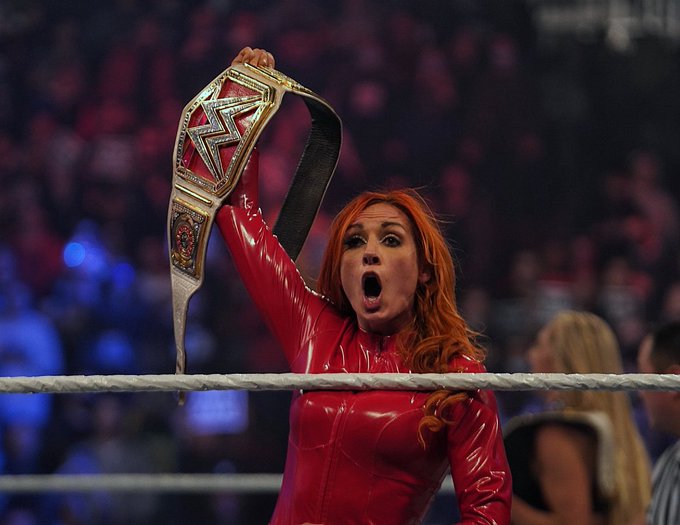 At the ages of 34 and 35, respectively, Becky Lynch and Charlotte Flair are at the top of their game right now in WWE. Interestingly, both women were aged 26 when they joined Vince McMahon’s company. That means they may never have been signed if WWE’s 25-and-under age mandate had been in place several years ago.

Big E, Drew McIntyre, Jinder Mahal, Roman Reigns, and Seth Rollins are the only men in this category who have held a WWE World Championship. Many of the other male superstars listed below made their names in tag teams, including Chad Gable, King Woods, and The Usos. 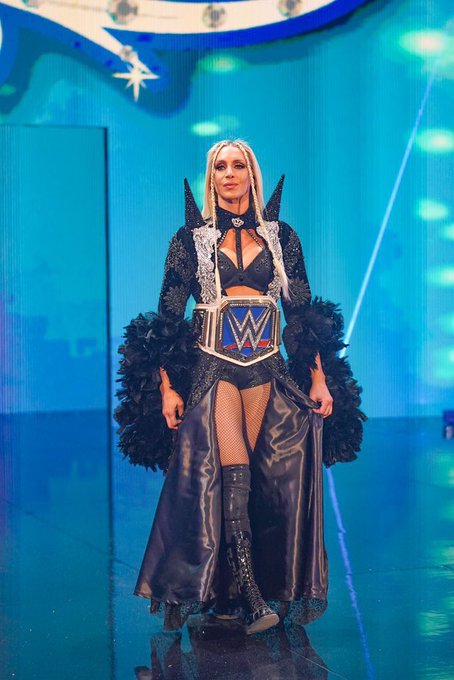 To put these ages into context, Bray Wyatt received his release from WWE in July 2021 at the age of 34. Four months later, Karrion Kross was aged 36 when his time with the company suddenly ended.

Looking at the star power in this category, it is safe to assume that many of these talents will remain with WWE into their 40s.

The most surprising name in this category has to be Damian Priest. The former NXT North American Champion has been one of WWE’s breakout stars of 2021. Now aged 39, he looks set to remain a prominent figure on the main roster moving forward.

It is alarming to think that WWE has released so many high-profile names in this age category over the last year. Braun Strowman and Nia Jax were both 37 when they were let go by the company. Keith Lee also received his release just four days before he turned 37.

Backstage at #SurvivorSeries with one of the all time greats, just ask him pic.twitter.com/SCp7muWzYj

The female superstars in this section – Asuka, Natalya, and Shayna Baszler – are regarded as three of the best performers in WWE’s women’s division.

Similarly, the likes of Cesaro and Finn Balor often receive praise for their in-ring work. At the age of 40, both superstars are capable of performing just as well now as they did at any other stage of their careers.

Unsurprisingly, the final age category contains several WWE legends who no longer compete full-time. Goldberg and Shane McMahon only participate in a handful of matches per year, while Triple H’s days in the ring appear to be over.

AJ Styles, Bobby Lashley, Jeff Hardy, Rey Mysterio, Robert Roode, and Sheamus continue to defy age with their in-ring performances. Shelton Benjamin has also undergone a career resurgence in his mid-40s, thanks to his association with The Hurt Business.

At the age of 43, Tamina is the oldest active female superstar on WWE’s main roster. She proved in 2021 that age is just a number when she held the women’s tag team championships with Natalya for 129 days.