Brock Lesnar’s segments on SmackDown over the last couple of weeks have earned him a lot of admiration from the fans.

The former WWE Universal Champion has often been portrayed as a menacing heel, but he has been able to show a different side of himself recently. The Beast Incarnate has showcased his humor in multiple segments on WWE SmackDown.

The wrestling veteran predicted that we could possibly see a double turn at WWE Day 1 where Heyman turns on Roman Reigns and prompts Brock Lesnar to emerge as the heel in the feud.

“I predicted that on Day 1, we may do a double switch where Heyman helps Brock beat Roman, thereby turning Roman babyface and Brock back hee,” said Mantell. “I think that could work.”

Mantell also noted that he liked the way the former champion can switch from a kind-hearted and considerate man into the Beast Incarnate.

“He’s soft-hearted at times, but then you see him filter back,” Mantell continued. “He goes back in that zone. He’s just a heartbeat away from being back to the old Brock. And I liked the way, Heyman was grinning at the ring. So something’s up.” 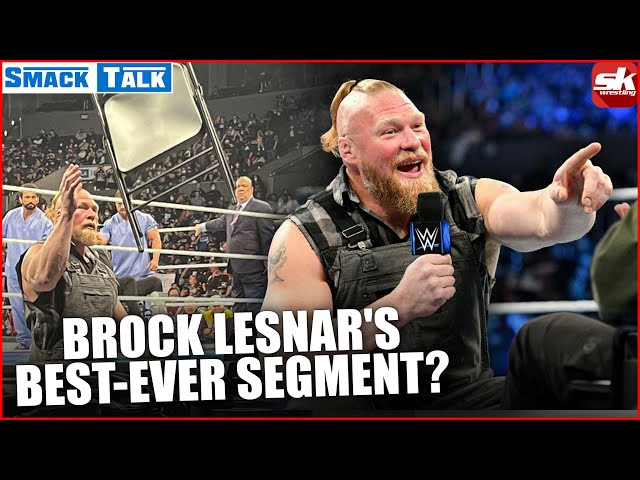 A bruised and battered Sami Zayn came to the ring in a wheelchair to kick off this week’s SmackDown, and he was flanked by two nurses. The Master Strategist took to the microphone and threatened to sue everyone that played a part in him squandering his title opportunity last week. Zayn also threatened Paul Heyman, who came to the ring to respond to his rant.

This exchange interested Brock Lesnar, who came down to the ring to clarify his role in the situation with Zayn. But when Heyman riled his former client up, Lesnar reverted to his destructive persona and proceeded to beat down everyone in the ring.

Later in the show, Lesnar again showcased his comedic side when he told Adam Pearce about how he hunted a moose and named it after the WWE official.

What do you think about Mantell’s comments about Brock Lesnar? Sound off below.