It is no secret that Roman Reigns is a member of the legendary Anoa’i family which has produced various wrestlers of American-Samoan heritage who have performed for various promotions including WWE.

WWE Hall of Famers Rikishi, Yokozuna, and the Wild Samoans are all members of the esteemed family and even legendary superstar, The Rock is a member, as well.

Roman Reigns and his cousins, The Usos, are the current generation of the Anoa’i family who are currently signed with WWE with NXT superstar Solo Sikoa being the latest addition.

However, not all members of the Anoa’i family find the opportunity to work along with each other due to being in different promotions. One such individual is MLW (Major League Wrestling) star Jacob Fatu. The former MLW World Heavyweight Champion, who had an impressive reign that lasted 819 days, reacted on Twitter when he was asked about the prospect of working with The Head of The Table.

WE FAMILY WE BEEN WORKING TOGETHER IM JUST PLAYING MY POSITION twitter.com/ukwasimperviz/…

The Samoan Werewolf responded by saying that they are family and implied that they have been working together to some capacity. Fatu also added that he is “just playing his position.”

Jacob Fatu is the son of Sam Fatu who was known for his stint in WWE as The Tonga Kid and Tama and in WCW as The Samoan Savage. Sam Fatu was trained by Afa & Sika Anoa’i who is popularly known as The Wild Samoans and Sika happens to be the father of Roman Reigns.

Jacob Fatu in turn was trained by Rikishi who is the father of Jey & Jimmy Uso. So, as we can see they share quite the history. As mentioned above, Jacob is also a former MLW World Heavyweight Champion and currently still performs for MLW along with various other independent promotions such as GCW and PCW.

🏆The World Heavyweight Champion for 703 days and counting.
@SAMOANWEREWOLF | #MLW 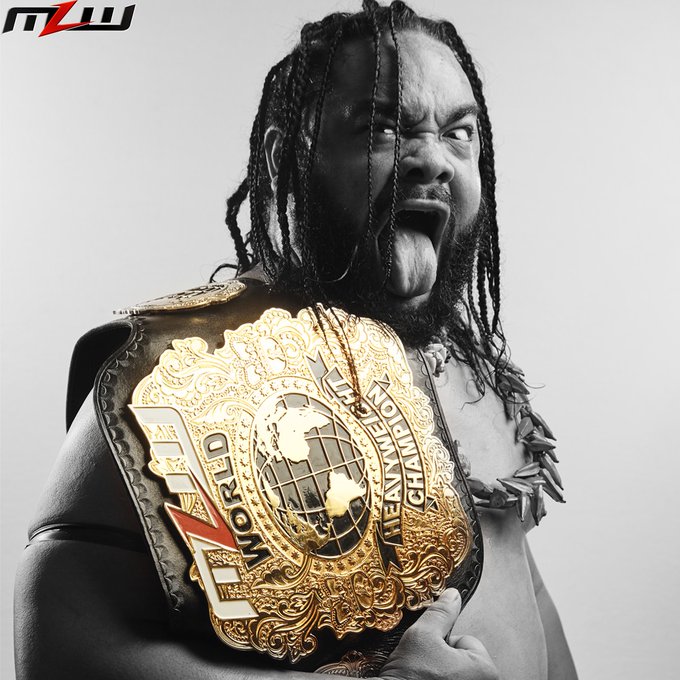 Like his cousin Jacob, Reigns is also enjoying his best run right now as the Universal Champion.

His current reign has exceeded more than 473 days, although it is currently under jeopardy as he will be defending it against Brock Lesnar in what is sure to be a hard-hitting match at WWE Day 1.