WWE Superstar Cesaro had some tough words for Sheamus after his loss against Ridge Holland this week.

WWE correspondent Kevin Patrick recently caught up with The Swiss Superman in an exclusive digital interview. Cesaro was visibly frustrated after the events that transpired earlier in the evening during his singles match with Ridge Holland.

He gave his take on why Sheamus had allied with Holland. Cesaro also suggested that The Celtic Warrior was worried about facing him and that he could undoubtedly defeat the latter in one-on-one competition without any outside interference.

This week on SmackDown, Ridge Holland was scheduled to face off against Cesaro in a rematch from last month. However, before the match started, Holland used a distraction from his mentor Sheamus as an opportunity to attack The Swiss Superman. 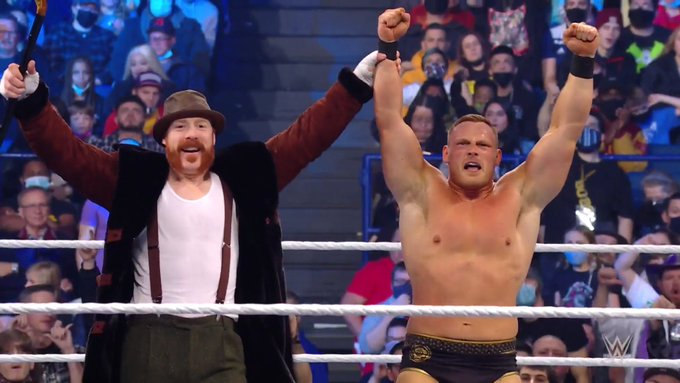 In the bout that followed, Cesaro gave it everything he had. But the injuries took their toll on him as Holland focused on attacking his opponent’s injured ribs.

The Swiss Superman fought through the pain, but the numbers game proved too much to handle as Sheamus distracted him again to allow Holland to pick up the win with a devastating powerslam.