Why did Luke Harper leave WWE?

On December 26, 2020, the wrestling world lost one of its most beloved performers: Luke Harper A.K.A. Brodie Lee. Harper, who was performing for All Elite Wrestling at the time, was hospitalized for two months before he sadly passed away.

His memory will forever live on, especially for the impact that he made in WWE and the short time he spent with AEW. Of course, WWE fans will remember him for his time alongside Bray Wyatt and Erick Rowan in The Wyatt Family stable.

He achieved great success in WWE, winning the SmackDown Tag Team Championship two-times and the Intercontinental Championship once. He also won the AEW TNT Championship on one occasion during his run with Tony Khan’s company.

So why did Luke Harper leave WWE?

Luke Harper was released by WWE on December 8, 2019, alongside The Ascension (Konnor & Victor) and Sin Cara. No specific reason was given for Harper’s departure, but he had previously asked for his release due to frustrations behind the scenes.

Luke Harper has been released from his WWE contract. pic.twitter.com/Mqgp0kpfFq

Luke Harper opened up about his departure on the Talk Is Jericho podcast, and revealed many of his frustrations involving Vince McMahon:

Finally, before I left to drive home, I gave him one final pitch. But same thing, he’s eating salad or something, and he’s like, ‘Yup, I’ll look at these on the plane.’ And I knew that was it. He asked me, he goes, ‘Why aren’t you in the Andre battle royal?’ And I said, ‘Sir, that’s a question that you should probably be able to answer. He goes, ‘Well you are now!’ And I said ‘Cool.’ So then I remember that week in the meetings, he had chastised some of the writers … like, ‘How do we leave this guy off and him not have anything? Let’s come up with something for him.'” Luke Harper said (h/t The Sportster)

Who was Luke Harper A.K.A. Brodie Lee’s last ever match against? 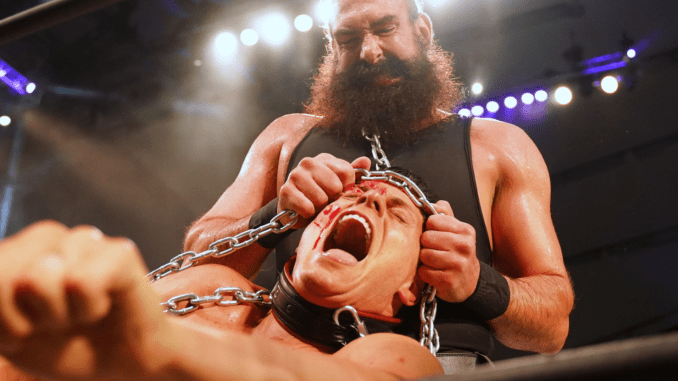 Luke Harper, A.K.A. Brodie Lee’s last ever match in professional wrestling, was against Cody Rhodes on AEW Dynamite on October 7, 2020.

The pair collided in a Dog Collar Match for the AEW TNT Championship as Cody defeated Brodie to win the title. The match went on for 20 minutes at Daily’s Place in Jacksonville, Florida.