Jim Cornette recently shared his thoughts on Roman Reigns laying Paul Heyman out in the main event of SmackDown.

Last week on SmackDown, Roman Reigns fired his special counsel after the latter said he’s protecting The Tribal Chief from Brock Lesnar and not the other way around.

The aftermath saw Brock Lesnar charge down to the ring to protect his former advocate. The Beast then laid out The Bloodline to close the show.

Speaking on the Jim Cornette’s Drive-Thru, the former Midnight Express manager stated that it was one of the best segments he has watched all year:

“Roman Reigns f****ng hugs him and puts his arms around him. He’s got the microphone and says, ‘I love you, thank you for 40 years of service to my family, you’re fired.’ Paul’s shocked. Reigns turns around to walk off and then turns back around and runs and hits him with…well, it wasn’t really a Superman punch, maybe it was a Superboy punch, maybe even Krypto the Super Dog punch. But anyway, Reigns hits the Superman Punch and Paul goes down, but his feet didn’t leave the ground. That was the lowest altitude ever on a bump, but he went down and he stayed there. And the people blew. And then Reigns has The Usos bring chairs in and they’re gonna con-chair-to Paul and not only is that a little extreme, but also the size of Paul’s head. I was worried about the chairs.”

“In all seriousness, this was so good. I wish they’d gone for the conchairto thing cause that’s a bit much. But boom, music before they can do it, and here comes Brock Lesnar. Brock meets The Usos on the ground, and he kicks the f**k out of The Usos. Then he slides in and Reigns takes the chair to him, but he said, f**k it, just stands up under him and gives him an F5. Boom, and then another. Then there’s Paul, laying there like yesterday’s wash and Brock Lestner’s fired up in the ring. That was a f****ng angle. I mean, that’s wrestling.” 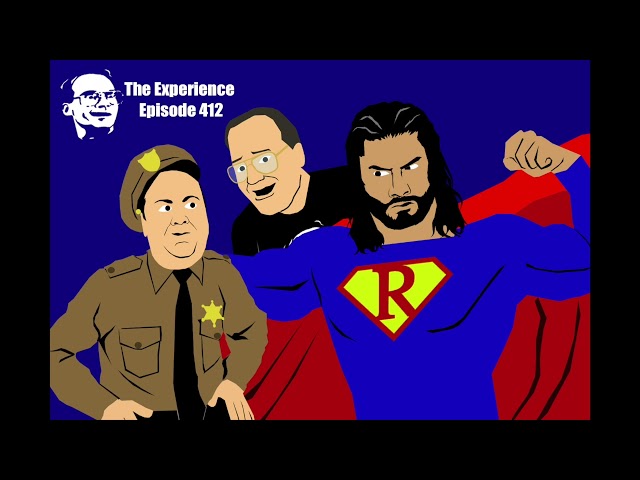 Roman Reigns to be without Paul Heyman at WWE Day 1

At Day 1, the first WWE pay-per-view event of 2022, Roman Reigns defends his Universal Championship against Brock Lesnar. However, for the first time in over a year, The Head of the Table will not have his Special Counsel accompanying him to the ring.

Paul aligned with Roman after the latter made his return at SummerSlam 2020. The Bloodline has since been the most entertaining storyline in WWE.

It wasn’t until this week’s episode of SmackDown that Roman fired Heyman before knocking him cold with a Superman Punch in what could have been either a switch or a swerve.

Although Brock Lesnar was there to save Paul Heyman, there was no formal reunion between Heyman and The Beast, and things are as confusing as they can be.

Kane’s student is being hailed as the next big thing in wrestling. Meet her right here.