Drew McIntyre is pleased to see Riddick Moss in a prominent role on WWE television after almost eight years with the company.

A former football player, Moss is widely considered to be one of the best athletes in WWE. The 32-year-old spent five years in NXT between 2014 and 2019 before he joined WWE’s main roster as Mojo Rawley’s ally in 2020. He now performs as Madcap Moss alongside Baron Corbin (also known as Happy Corbin) on SmackDown.

Speaking to Sportskeeda Wrestling’s Rick Ucchino, McIntyre was full of praise for his on-screen rival: 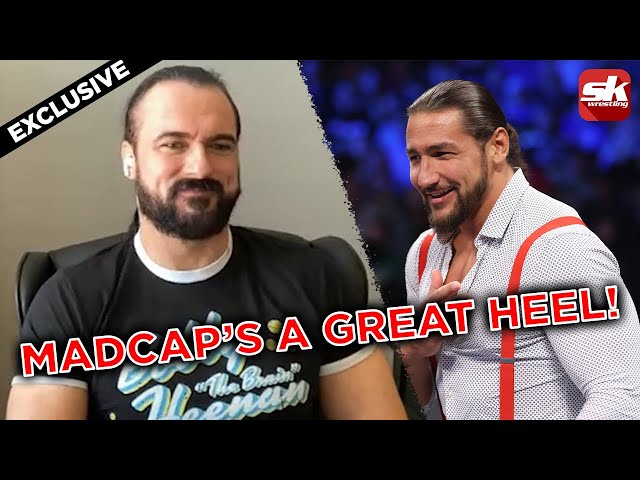 In the video above, Drew McIntyre also discusses his plans to face Roman Reigns again and compete in a match on a UK pay-per-view.

Seven matches are currently being advertised for WWE Day 1 on January 1, 2022, including Drew McIntyre vs. Madcap Moss. The two men have been involved in a feud in recent weeks on SmackDown after Moss and Corbin stole McIntyre’s sword.

The Scottish Warrior further clarified that while he may not like Moss on television, his rival is a good person in real life:

“He does ask questions, he wants to get better, and I can just think of something recently where he was just full of questions,” McIntyre continued. “And I was really in a hurry to get somewhere, but I was so impressed he had so many questions…. He’s got the right attitude. He’s a student of the game.”

McIntyre defeated Moss in two recent tag team matches on SmackDown. Excluding live events, the two men have not faced off in a one-on-one match yet. It will be interesting to see what happens when they finally collide at WWE Day 1.