Big E believes playing football during the early part of his career shaped him for the tough schedule of a WWE Superstar.

Big E was a collegiate football player at the University of Iowa before deciding to enter the squared circle. The WWE Champion is currently on the run of his life and will be in action at the upcoming pay-per-view Day 1.

Speaking on The Jboy Show, The RAW superstar shared details of how being a football player during his college days helped him carry the weight of being the face of WWE.

“It was very much about putting your head down and doing the work. (…) You don’t see a ton of really flamboyant personalities because it’s a place where you have to come in every single day and you work hard, work hard in weight room, you work hard during the offseason. (…) that work ethic is something that I carry with me on a day-to-day basis in my life. You know, for us in Iowa for meetings, you had to be 10-15 minutes early. If you weren’t, you were late. So you know just that mentality of working hard every single day is a huge part of what I do now. There are no breaks for us, our schedule is 52 weeks a year, every single year. There’s no break. So I’m so grateful for that mindset. So that really prepared me to do what I’m doing right now,” said Big E 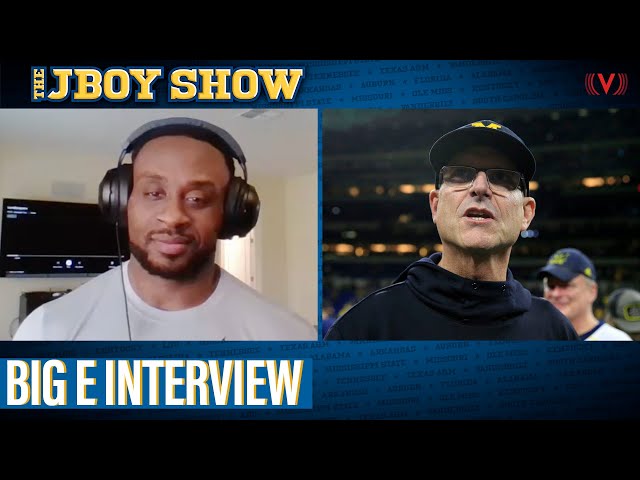 Will Big E be WWE Champion heading into WrestleMania?

Love to see the progression. pic.twitter.com/uYyaMrr74h

Big E will face the toughest task of his career so far at Day 1 as defends his WWE Championship against Bobby Lashley, Seth Rollins and Kevin Owens.

The Champ has been on a dominant run, but the result at Day 1 isn’t in his hands. The Powerhouse can lose the title even without getting pinned.

Despite being on the company’s main roster for over nine years, Big E has never won a match at WrestleMania. The former tag team champion lost to Apollo Crews at the 2020 edition of the event.

Walking into the Grandest Stage as WWE Champion would certainly be a big boost for Big E as he hopes to conquer his demons of WrestleMania this year.